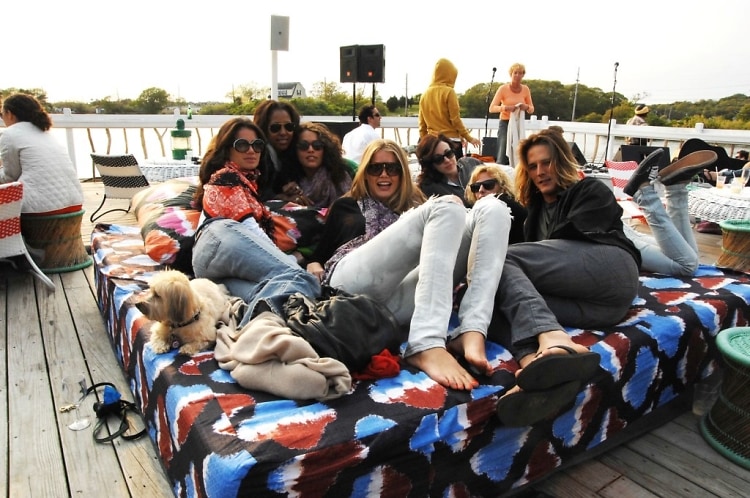 Surf Lodge, Montauk's best or bane (depending on who you ask), is apparently up for sale. The owners are ditching the property, which accrued 687 violations last summer and is in need of a $140,000 septic system repair. Owners Steven Kamali, Jamie Mulholland, Jayma Cardoso and Robert McKinley denied the story to the New York Post, promising Surf Lodge would be open for the summer and demurring that the corporation was not "actively pursuing a buyer."

No doubt the company is scrambling to address the news, which was inadvertently leaked in the midst of a contentious lawsuit between the hotspot and the town. News of the sale came out during a closed-door conference with a town judge, who repeated in open court the owners' plans to close down parent company Edgemere Montauk and sell Surf Lodge. Although Colin Astarita, the corporation's attorney objected, the information stayed on the record. Astarita has since been replaced by East Hampton lawyer Thomas Horn. Reports indicate that Surf Lodge is trying to delay the trial, which Town attorneys hope will conclude before the summer season begins. Pre-trial motions have been set for April 16th.

Residents and the town board have repeatedly raised objections to the property since its 2008 opening. The small lakefront lounge often features live music and a loud, vibrant atmosphere. With a parking lot that can accommodate only hotel guests, nighttime visitors usually park along the side of the road for up to a mile out in each direction. A teriyaki food truck in the parking lot is apparently responsible for the majority of the nearly 700 violations Surf Lodge recorded last season. 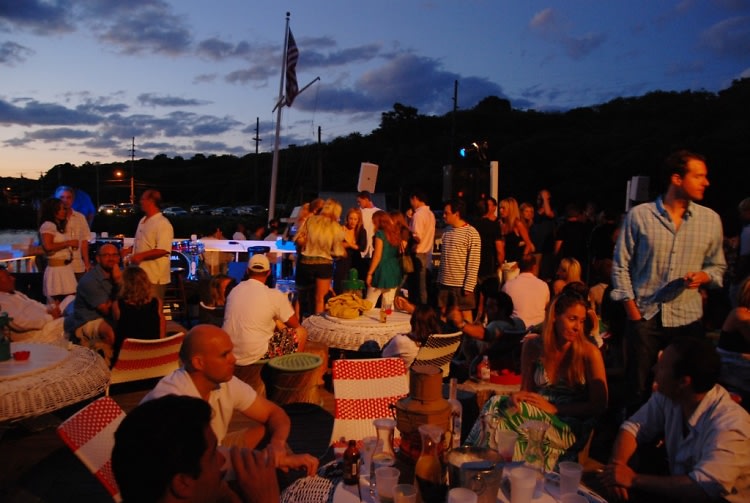 But the destination also has prominent supporters. The trendy surf-inspired property helped put Montauk on the map with young weekenders, and paved the way for a great rush east to re-energized Montauk icons like Montauk Yacht Club, Memory Motel and Gurneys, as well as new hotspots like Ruschmeyers and the Sloppy Tuna.

According to Surf Lodge's lawyer, the property has two potential buyers. Maybe the Diddy rumors weren't so far off. Representatives for the corporation say focus will shift to Ruschmeyers, formerly Second House Tavern, that launched last spring as a summer camp inspired hotel and restaurant.

-- write up by Gabrielle Bluestone

To break down the details, here is a timeline of the Surf Lodge's woes:

October 20: Despite already racking up more than 640 violations, Surf Lodge continues to push the envelope by trying to put a 5-by-8 foot hot dog cart in a parking area that had been reserved for handicapped parking, and a 7-by-12 foot covered waiting area on a pre-existing deck. One of the violations Surf Lodge is currently charged with is parking related, as Surf Lodge doesn’t have enough parking spaces to meet town requirements. [East Hampton Star]

January 20: Amid all the chaos, we report that P. Diddy may be buying the Surf Lodge. Our dreams are quickly squashed when Steven Kamali informs us via twitter that “nothing could be further from the truth.”

February 1: Surf Lodge owners’ recusal request is denied. In another attempt to stall the trial, according to Patch, defense attorney Colin Astarita,

“alleged [Justice] Cahill had a bias toward his clients and had ex-parte conversations with prosecutors.”

Justice Cahill denied the request, and will see the trial through to the end…whenever that may be. [East Hampton Patch] 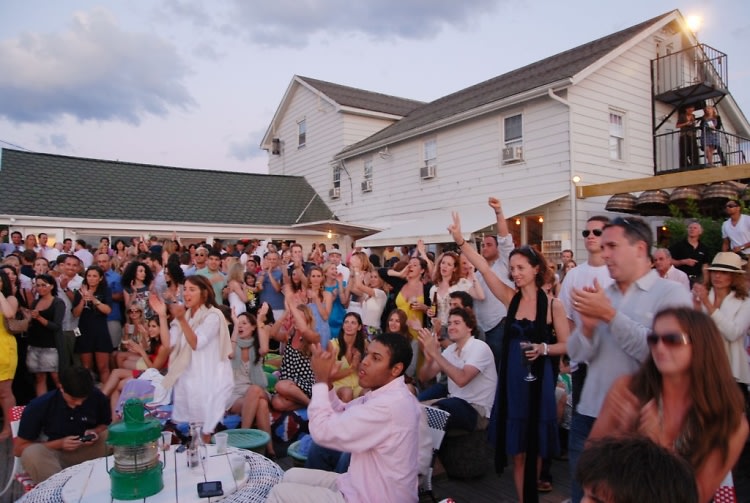 February 13: The Surf Lodge case receives another adjournment today, reports East Hampton Patch. After a meeting between Justice Catherine Cahill, defense attorney Colin Astarita and assistant town attorney Pat Gunn, the three emerged from her chambers after discussing “several proposals,” in hopes of avoiding going to trial. While no resolution was reached,

“The matter was put over for another conference on March 19, which Cahill noted is before a zoning board of appeals meeting, in which the Surf Lodge will be on the agenda.”

March 22: Surf Lodge is headed to trial! Despite attempts to settle the violations without actually heading to trial, East Hampton Star reports that,

“following a heated exchange in the courtroom…East Hampton Town Justice Catherine A. Cahill ordered the attorney for the Surf Lodge to return to court for pre-trial motions, saying… 'At this point, gentlemen, we are going to have to proceed to trial.'”

Trial date is set for the following week.

March 28: The case against Surf Lodge gets adjourned once again, Patch reports. On March 26 the defendants, Edgemere Montauk LLC, hired a new attorney, replacing Colin Astarita with Thomas Horn, who is a former East Hampton Town fire marshal and currently has his own legal practice in Sag Harbor. Understandably, Horn needs time to prepare for his defense against the 686 violations against his clients. The whole Surf Lodge crew is due back in court on April 16, for what everyone hopes will be an easy (and quick) settlement. 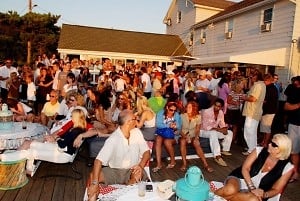 March 29: Curbed preemptively reports that the owners of Surf Lodge are trying to sell, and have two potential buyers. Their source—the East Hampton Star—obtained records from a closed-door meeting between the Surf Lodge’s former attorney and East Hampton Town Justice Catherine A. Cahill, in which the lawyer said

"[They] are closing down Edgemere Montauk and selling the Surf Lodge. They have two potential buyers. They are in a position where they would like to close this case, and they are moving on."

Curbed updated the story later in the day to reflect a change in the story, as reported by The New York Post. According to the post, Surf Lodge owners Steven Kamali, Jamie Mulholland, Jayma Cardoso and Robert McKinley

"...have been overwhelmed with requests to purchase the property, but have been reluctant to consider any.”

Summer's coming -- I guess we will soon see how this saga will end.