There's no shortage of cool celebrity run-ins to be had in Montauk. From Julianne Moore, to Paul Simon, to the guy that plays Roger Sterling on Mad Men (John Slattery), the hippest celebs have been calling "Montauk" their second home for years. But today, we found out that there's one 90's television star that has been flying under our radars out East for years, even though she's literally been right on the plaza this whole time!

You've probably passed by the Kelly b. boutique, (41 the Plaza) on your way to the bookstore or bakery. The clothing boutique has been opened for five years and has no doubt benefited from the continual surge of new BYT's each summer. If you haven't yet, here's a really really good reason to pop in: the store is owned by the former Nickelodeon star Kelly Brown who played riding instructor "Brad" on the show Hey Dude. 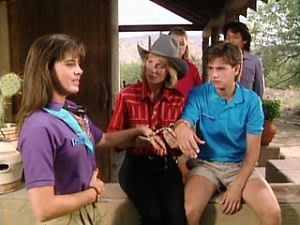 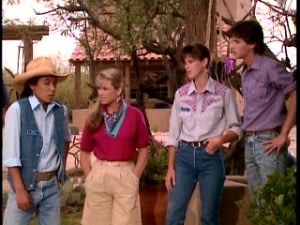 If you are in your 30s, and/or spent your summer watching Nickelodeon re-runs in the 90s, this should be the most exciting news of your morning. Kelly Brown may not have held the spot light as long as other Nickelodeon stand outs like Tiffani Thiessen (Kelly Kapawski on Saved by the Bell), but her character was one of the stylish to come out of 90s television. Those scarfs, those white washed denims???  Brad radiated "cool" with her "boy name for a girl" and her tom boy attitude.

It's the 25th anniversary of the show, and the stars recently got together to talk about old times.

Catch up with them here: "Where are the Hey Dude Cast members now?" [HuffPo]

And stop by Kelly b. and say hello to Kelly Brown next weekend in Montauk: 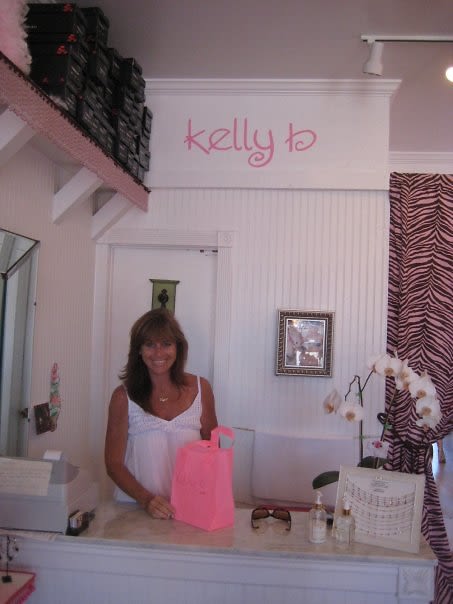 [Kelly Brown, owner of Kelly b. store in Montauk) Photo from the Kelly b. facebook page