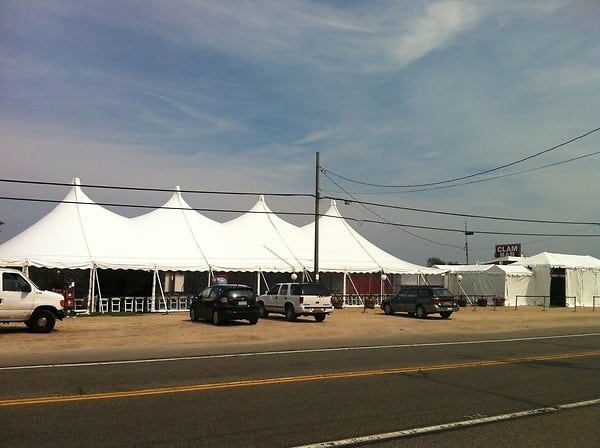 We renamed the Clam Bar for one night only to the "Glam Bar", because that's what this shabby joint off of the stretch of highway 27 between Amagansett and Montauk became last night when Rufus Wainwright and Jorn Weisbrodt decided to host their wedding reception there. We've been a fan of the Clam Bar for years, and have never once seen this done before there. It was THE MOVE of the summer. Genius! More below: 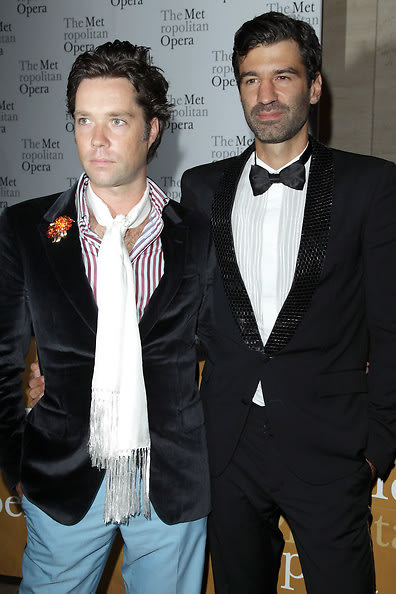 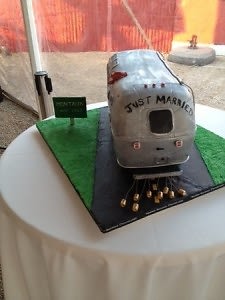 Our ex Hampton editor Carson Griffith broke the news Monday that the couple were requesting money (yes CASH) instead of wedding gifts so that they could pay off their new 25-foot airstream of which was the theme of their wedding cake, (left) made by Heather Barranco. Go HERE for more photos of the wedding.

The couple on their wedding day: 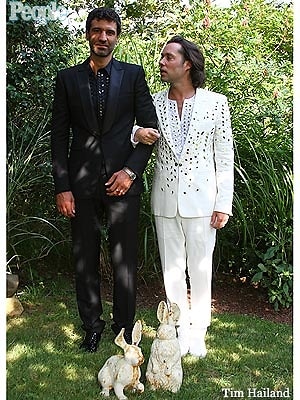 Today it's business as usual at our favorite roadside pit stop, The Clam Bar. Check out our photos from the place from Summers Past: 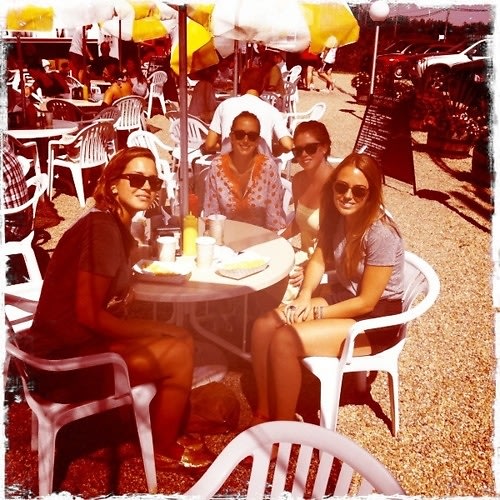 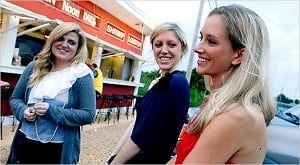 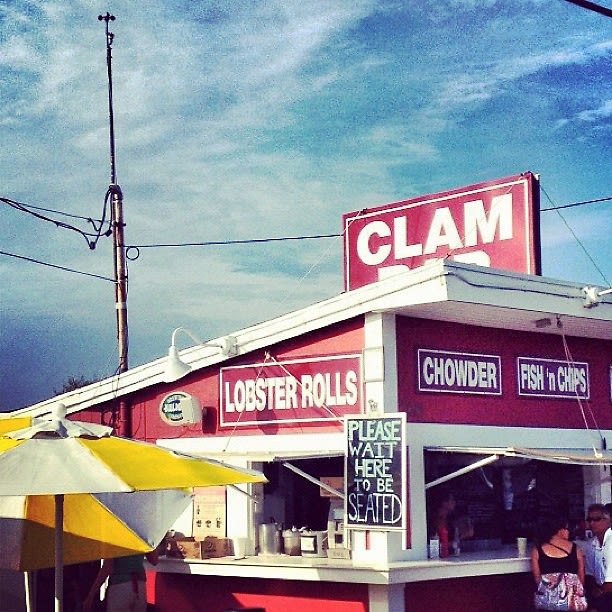 [Photo of Tent via WordHampton]