I have a confession to make. I am not good at “doing” the Hamptons. All that flash blinds me, and when I want to leave the city, I want to leave the city. Get the hell out of Dodge. So when the opportunity arose in June to visit Newport, land of sea and sailors, I was thrilled. For this Midwesterner-by-way-of-Manhattan, Newport is a treasure trove of New England charm and debauchery. I loved it so much that I returned for the Fourth of July.

While Newport may seem at first like a sleepy destination better fit for families blowing Benjamins at the Black Dog, this town has become a below-the-radar playground for creative New Yorkers (and Bostonians) looking for good salty fun.

When I visited, the famed International Film Festival had long since wrapped, and there haven’t been many parties this year (thanks to that pesky global economic collapse), leaving my host to his own devices to entertain me. After a hard day of sunning and sailing on Narragansett Bay, all of downtown beckoned with a familiar and unpretentious nightlife. But reflecting back on my back-to-back jaunts up the seaboard, the following places in particular stand out. These aren’t the fanciest locales; if you’re looking for bling and bottle service, stay at Lily Pond. I wanted the kind of bacchanal that doesn’t require high heels or a guest list, the kind of crowd that won’t sneer at my skateboard (and if you want to do Newport the right way, you’d better pack that Zip Zinger).

With a name like Rejects Beach, these few acres of sand next to members-only Bailey’s Beach promise lots of locals, few tourists, and zero pressure. We smuggled our homemade Dark ‘n Stormy in a Nalgene bottle and hit the waves, coming up only for air when we (or rather he) saw friends. I fancy Rejects a sand-covered, open-air “Max” a la Saved By the Bell, where you’re bound to run into your people. Everyone is so happy to be by the water that even the most nonchalant encounter can become a spontaneous party. No other place so encapsulates summer or enlivens the act of swapping agendas for a night on Thames Street.

For live music head to the Dockside or the Blues Café, where Felix Brown had us spellbound and the floor crowded with dancers. Now I’ve seen a lot of hip-hop cover bands in my day, and rarely do I come across a group of guys who can improve upon Biggie’s “Juicy”. Bravo, boys. What was supposed to be a one-round stop turned into a good hour rife with people-watching and iPhone photo opps.

One Pelham East (left) is a one-stop shop for after-dark mischief, and judging from the line at the door, this multi-level destination could be considered Newport’s “best all-around”. On Independence Day Eve, we arrived before things really picked up. After fawning over the golden retriever who never (and I do mean never) leaves the bar, a teenage ‘Nineties cover band took to a tiny, window-front stage, and things got rowdy. Bars in the front, on the side, and out back mean you’ll never wait long for your second (or third or fourth) round, and billiards upstairs provide entertainment of a more competitive nature. Sneak around the corner and upstairs (if you’re patient enough to beat the line of arrivistes at the door) for Studio 3, Newport's “secret” lounge, lauded on its website as “the headstone of Newport’s nightlife scene.” (I have a feeling the Boom Boom Room at Clarke Cooke House would take umbrage with this claim.) With its low banquettes and crowded dance floor, I felt as if I had been dropkicked back to 1oak on a Saturday night. I bid my new friends goodbye and skedaddled back to the Pelham where the divey scene felt more familiar – but in a good way, a small town way, without all that city glitz and posturing.

No trip to Newport is complete without a late night skinny dip at Rejects Beach. After all that gallivanting I hardly noticed the frigid breeze or even colder water. We fell asleep to the sound of birds chirping, but morning came just in time; there were waves to catch, sails to set, and Dark ‘n Stormies to sip at this perfect summer sabbatical. **

Summer’s peak may have come and gone, but things aren’t winding down yet in Newport. Jazz Festival 55 kicks off on August 7, and on the eighth, head to Portsmouth for the Newport International Polo Series’ Lufthansa Invitational. The weekend of August 21-23 offers the International Tennis Hall of Fame’s Champions Cup, polo’s Red Cross Hurricane Cup, and the Easton Beach Festival. 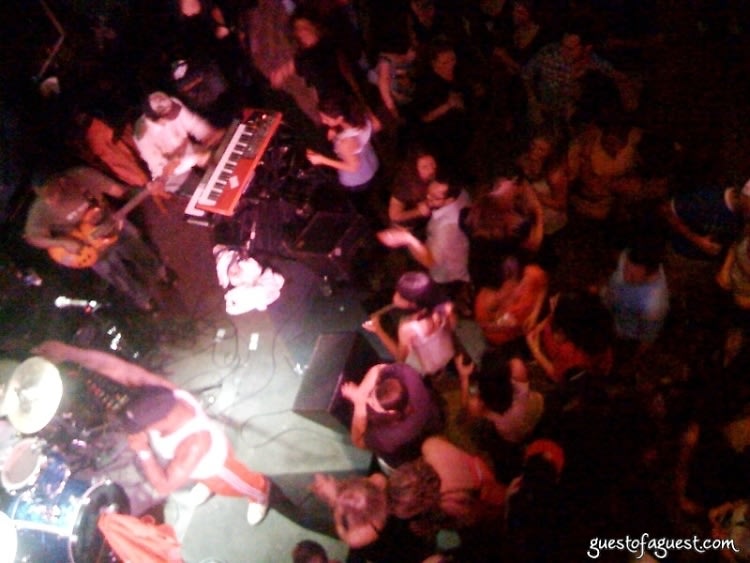