Of all the celebirty sightings around the east end, do not expect to be running into Courtney Love any time soon.  The singer/actress/professional loose cannon is currently writing blog entries for Jane Pratt's new website, xojane.com and takes to her new role as writer to explain her feelings about the Hamptons, by comparing it to the band Muse, of course.

Today Love took to her blog while vacationing in Istanbul,

I didn't even know where Istanbul was. I'd never even seen a picture of Istanbul. 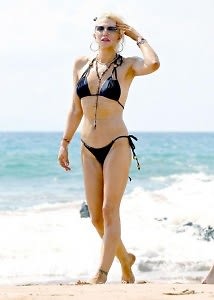 Her usual vacationing spots include LA, UK and the South of France. When it comes to the Hamptons Love has only been twice saying,

It might not be potentially legal for me to go the Hamptons. I get Malibu. I've lived in Malibu. I wrote a song called "Malibu." I don't understand the Hamptons. I feel like it's the band Muse. I've never gotten into Muse. You can't just listen to one song. I'm like 8 albums behind. [via]

I just finished a book on the Gilded Age so I kind of understand it more. The Hamptons, that is. It's a catalogue that I will open up at a later point in my life. [via]

At times her thoughts are jumpy and wacky. You won't learn much about Turkey (other than you should RSVP "yes" to everything you get invited to), and the name dropping is a little much. Still there is something honest and refreshing entering Love's crazy mind.

I'm not going to lie, yes, my life is pretty much in chaos right now. And that's exactly why it's a perfect time to write a column for my friend. [via]