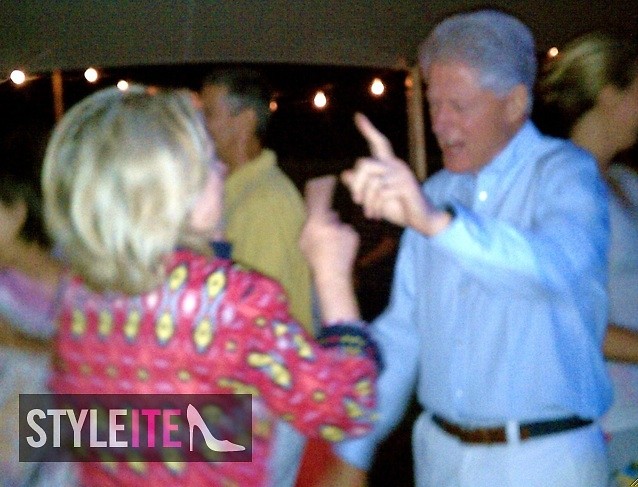 In a feat we only hope we can still do when we're sixty-four, former president Bill Clinton partied like a rock star last weekend, celebrating the eve of his 64th birthday until SIX IN THE MORNING. Atta boy, Bill.

We're still a little hung up on Bill Clinton's birthday celebrations last week/end in the Hamptons. Maybe it's because our invitation got lost in the mail and we're left wondering what it would've been like to boogie with Bill. Or maybe it's because one time when I was seven years old I sent him a birthday card and "he" wrote me back saying " happy birthday to you too" (we happen to have both been born on August 19th). OR maybe it's because reports say they partied until 6 IN THE MORNING (seriously!!) the night before.

Well, whatever the reason may be, we were pretty excited to see this photo (below) of Bill and Hill gettin jiggy on the eve of his 64th, at the annual “Summer” party hosted by Brooke and Dan Neidich at their estate in East Hampton’s private Georgica Association. According to the Styleite blog, Bill spent part of the evening engaging in "spirited conversation" about econ and politics, before heading to the dance floor with his wife.

[Photo via The Fashion Professor]