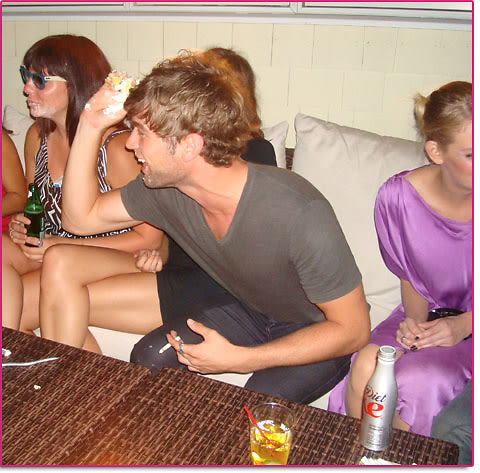 We talked about this on air with Plum on Thursday and what do you know? Chace Crawford didn't make his own birthday party at DUNE on Saturday, an opted to stay at Casa El San Juan instead. After a long hot day of Polo, Chace, along with most of the cast of Gossip Girl, including Lydia Hearst (seated next to him in purple) who recently had a cameo appearance.  One thing's for sure...had they had made it to Dune, they would have been more than well taken care of at DUNE.  If I know one thing for sure, it's that Rich and Tamie know how to play host.  From the photo above, Chace was having quite the 23rd birthday!