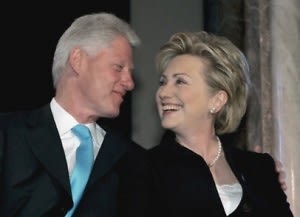 According to the New York Daily News, Bill and Hillary Clinton are Hamptons bound! Bill turns the big 6-5 on August 19th, and it seems as though they will have their little getaway August 22nd through the 28th. Hmm could this be a little romantic birthday week? The scoop is that they will be shaking up at real estate mogul Elie Hirschfeld's 12,000 square foot Lily Pond Lane estate. [Photo via]

The home was designed and built in 1920 by John Custis Lawrence. On 1.2 acres, the home comes with eight bedrooms, four fireplaces, a library, a private beach walkway and a heated pool. Newly rennovated by Elie Hirscfeld in 2002, the home is currently on the market with an asking price of $25 million (insert Austin Powers voice here). 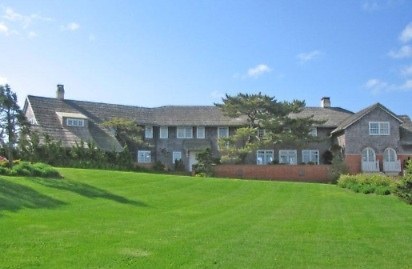 The Hirschfeld Estate. [photo via] 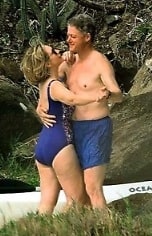 Can't you just see Bill and Hilary dancing the night away on that property? [Photo via]

The Clintons will not be buying the home, simply renting it for the week. Although, the Daily News did hear something a little quirky about the rental arrangement....

We also hear the Clintons' rental agreement came with an interesting clause: They had to agree to take a photo with Hirschfeld. His spokesman did not respond to requests for comment. [via]