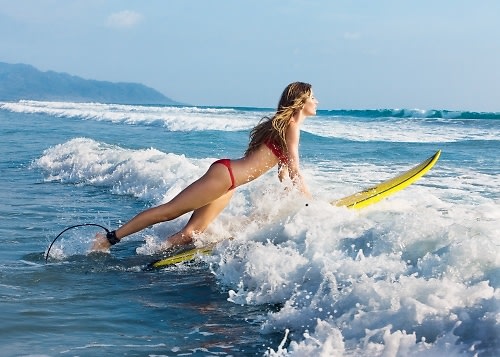 -What happens when a Vogue editor embarks upon a surfing adventure with Southampton surf guru Chris Clarke? Someone gets kicked in the collar bone [Vogue]

-The Surf Lodge will rake in $3.5 million dollars in revenue this summer, a mere 15% more than they made last year at this "nightclub with rooms" [NYPost]

-Rian White asked passerby's to splatter his Maidstone cottage with paint. And now East Hampton town is ready to punish him for this act of artistic expression [EastHamptonPatch]

-Venus Williams will introduce her tennis line, EleVen, to the Hamptons on August 11th [HamptonsMagazine]

-At 54 years old, the Southampton Hospital is the oldest benefit in the Hamptons [WSJ]