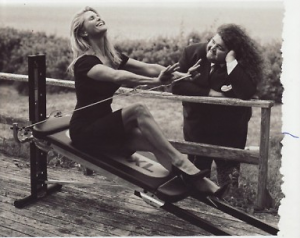 -For the 26th year, Montauk fishermen will be competing to clear all sharks out of the ocean, or at least as many as they can. [Southampton Patch]

-Bruce Weber's life on Long Island, as documented through his camera lens, is coming to the Bellport-Brookhaven Historical Society [New York Times]

-Chickens are warmly welcomed in Sag Harbor but roosters are so not allowed. [Sag Harbor Express]

-Spent too much on cocktails this week? Catch free concerts all summer long [East Hampton Patch]