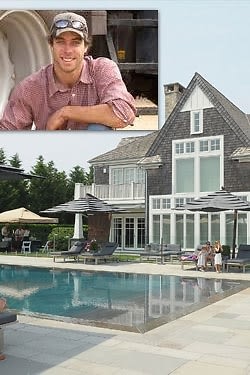 Joe Shwenk, born and raised in East Hampton, is bringing his honest opinions to Twitter to keep a running count of everything he sees, hears and is asked as a handyman.  Writing from the Twitter handle @HamptonsBorn, Shwenk is not holding back about the real Hamptons' life.His bio on Twitter reads:

The straight shooter says what everyone is thinking, and he also took it upon himself to coin the term "citiots," referring to the many travelers from NYC that head out to the Hamptons each summer. One of the best parts of this Twitter account is the daily tweet called "Hamptons Request of the Day," which documents the requests he gets from clients that are not only ridiculous but quite humorous. In an interview with New York Magazine, Schwenk described himself as:

"Mid 30s guy who, along his brother and two others, help the rich and helpless transition from concrete to grass."

He also gave the real explanation of what a "citiot" is: