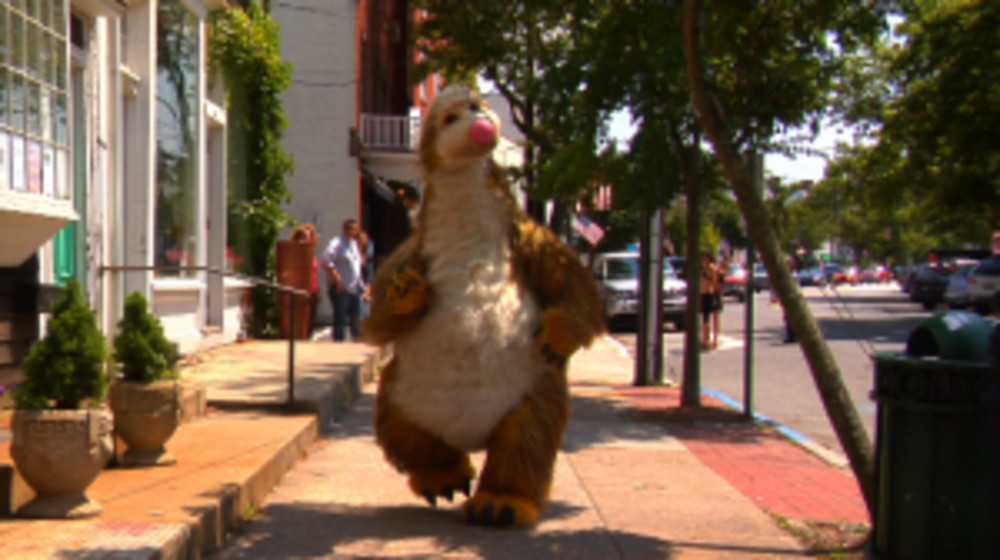 Did you see this giant furry creature walking around the streets in the Hamptons over the weekend? Do not be alarmed. It's not the Montauk Monster, it's Snook The Sloth, one of the main characters from "It's A Big Big World". He escaped from Wainscott studios where the show is filmed. Why you might be wondering...We have absolutely no idea. Maybe he just needed to get some fresh air while strolling the Hamptons streets. Hm, We wonder how Snook would fare against the Pink Elephant Mascot in a Hamptons dual?