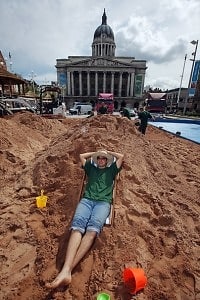 [Photos via Getty] The thought of sitting on the beach right now out here in the Hamptons in a pair of full length jeans in this heat sounds like pure torture. But apparently the weather must be nicer over in the United Kingdom, where Edward Mellors, official "beach coordinator", finished building the UK's largest city beach yesterday in Nottingham, England. About 300 tons of sand was used in Nottingham's Market Square to create the man-made beach. Here, Edward is shown enjoying the fruit of his labors.  We suggest a petition start at once to get Mellors shipped over to New York City to begin work on an American version immediately, as when the beach opens to the public on July 22nd, it will also include a free paddling pool, beach entertainment, and accommodation for 200 people. That's pretty much the only way you're getting us back from the Hamptons in this scorching 90 degree weather.

Any man who creates a 300 ton city beach deserves his 15 minutes of fame... and his own photo shoot, don't you think? 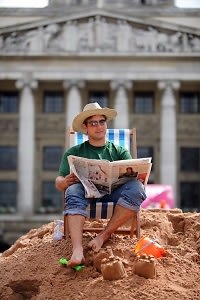 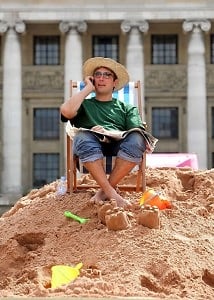 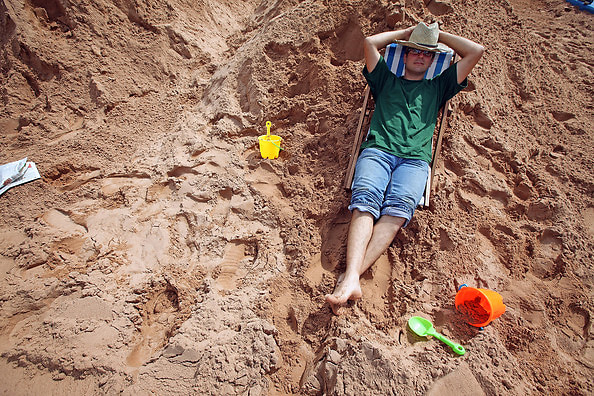