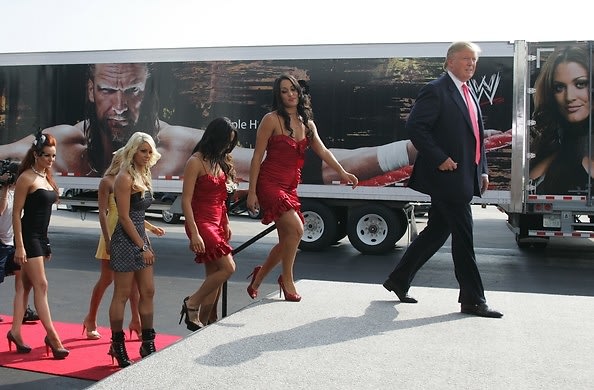 Donald Trump and the WWE DIVA girls attend a press conference about the WWE at the Austin Straubel International Airport on June 22, 2009 in Green Bay, Wisconsin. As you can see, Donald's kindof a big deal.

Ad your own caption. More photos below... 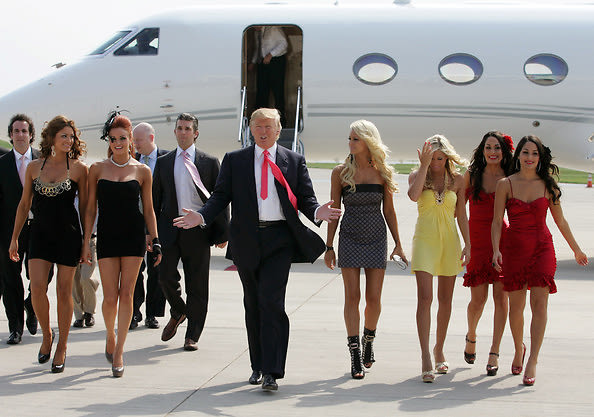 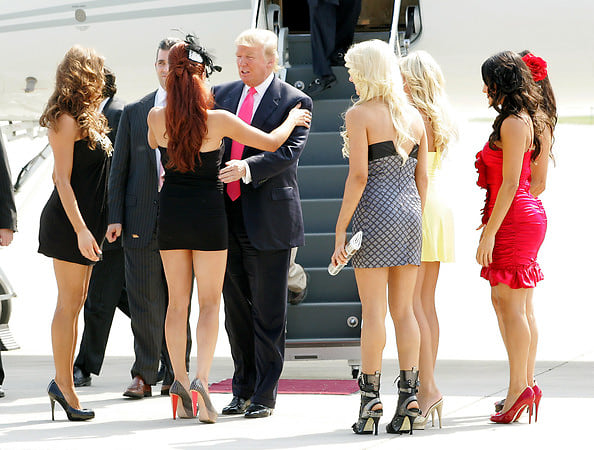 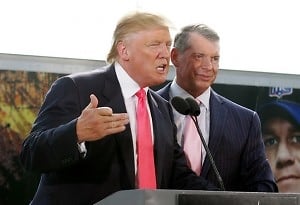 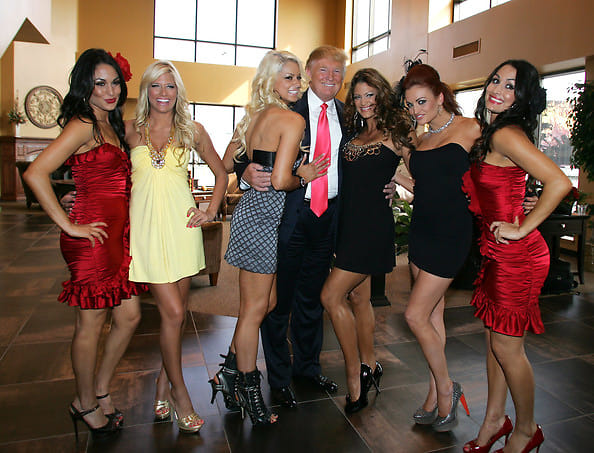 Who's hair looks the best took the most work?