The Hamptons is always filled with pop-up shops during the Summer, and we already know that Dylan's Candy Bar and C. Wonder are headed out East for the season. But in news that is potentially life-changing (in a good way), Curbed reported that Whole Foods will be opening a pop-up market in Wainscott this summer!

It feels like we've been waiting forever for Whole Foods to open in the Hamptons, and though there's no set opening date, The East Hampton Star reports that the store, which will be in the former Pitt Ford dealership on Montauk Highway, will be open from Memorial Day through Labor Day.

The best thing about this is that if all goes well (and why wouldn't it? Everything Whole Foods touches turns to gold), the pop-up location may become permanent. According to the Star, whether or not Whole Foods will remain in the space and stay open year round will be up to the residents of East Hampton...but really, what's not to love? 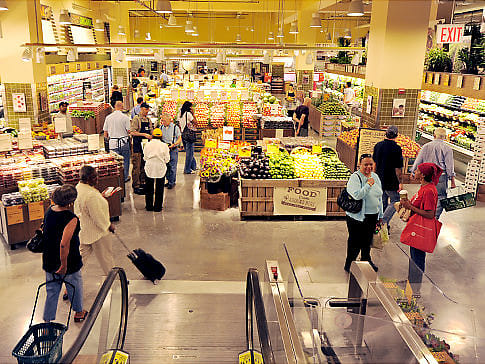