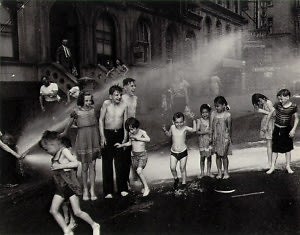 Most of the many New Yorkers who skip the Hamptons take pride in dismissing the East End as a perverse abstraction. It is, after all, Long Island. But at some point, even the most hardened Hamptons hater questions his superiority. Wouldn't a beach be nice? Good thing there's plenty going down in NYC to snap him out of it.

Rich people who can afford them say they've gotten too crass and overdeveloped and are basically a facsimile of Manhattan. The classy way to go these days is some country or lakeside cottage upstate, maybe near Woodstock, because of its bohemian connotations.

Luckily, summer in NYC offers a very cool, and often free, cultural smorgasbord. And the best part of all, as anyone hanging around the city will tell you, is that all the assholes who often ruin cool things are on Long Island.

Here are some of the best bets for this weekend:

Blkmarket 4-Year Anniversary Kickoff: Blkmarket Membership, the Big Whopper of New York's underground and after hours dance scene, is turning 4! To celebrate, it's started acting like that annoying friend of yours who throws herself ten birthday parties and calls it a "birthweek." Luckily, Blkmarket is a lot more fun! The festivities kick off tonight with the usual roster of killer international DJ talent, this time led by Italy's Marco Carola. The party might end by noon tomorrow. Click here for more, including RSVP info to get the all-important secret location.)

Whitney Biennial: "The Artist is Present" is now absent, its star dismissed. So you missed your chance to sit across from Marina Abramović. The city’s other big museum exhibition is still open, through Sunday. Expect typical weekend crowds. But if you’re lucky the New Yorkers who have to let you hear their amateur interpretations of the displayed art will have fled town. It’s all yours to misinterpret. 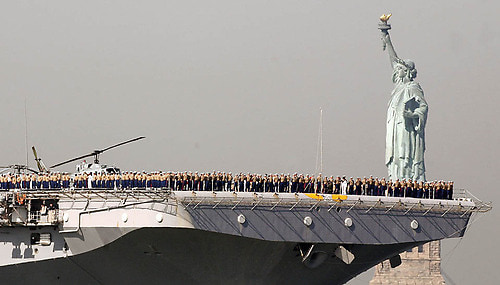 Fleet Week for the ladies: Some old broad on some HBO series that apparently inspired a movie and then a movie sequel playing now—check your local art house theater for showtimes—once got her rocks off during Fleet Week. Obviously every woman under 35 feels inspired to do the same. Just, uh, take some protective measures with the gents on shore leave from protecting you.

Fleet Week for the gay men: Miss the last ferry out to the Pines? Have no fear; Daniel Nardicio is here. Before Nardicio became something of a household name after taking over Playgirl and putting Levi Johnston on the cover, he was the city's #1 sleazy party impresario. On Sunday he's throwing "All Hands On Dick," an underwear party sponsored by Fleet enemas. Sigh. Men in uniform get the reduced $10 admission. More info here (NSFW).

Fleet Week for the straight men: Check out the guns on the Intrepid. Then the buns at the Hustler Club across the street. And, it being summer, let's go Yankees.

Oh, and no matter your gender or orientation, buy the servicemen a round.

Cool off in the dark: Prove you're too sophisticated and above it all for the Hamptons by checking out some of the artsy fare at Film Forum (currently showing Metropolis and Breathless, two of the all-time greats). Or check out the Film Society of Lincoln Center's comedy program "From Slapstick to Stoners." Laughs not your thing? Sex and the City 2 is playing now. Let's be honest, sometimes the arctic blast of movie theater air conditioning makes any movie worth the $12.50 once summer is underway.

Free Energy at the Bowery Ballroom: This weekend's rock concert offerings are somewhat grim. Obviously the tattooed types decamped for the Hamptons en masse. Oh well, Free Energy is a fun band signed to James Murphy's DFA label with a retro '70s vibe complete with big riffs and hooks that are catchier than you'd like to admit. Buy tickets here. 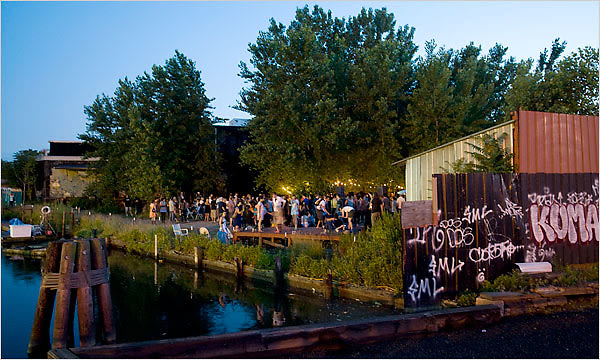 Sunday Best: My top pick for the weekend is the inaugural Sunday Best (tickets and more info here) tea party (not that kind). An al fresco bash on the pristine banks of the Gowanus Canal--the Hipster Riviera--the shindig will provide margaritas, beats and a disco ball suspended over the fun-loving crowd every Sunday this summer.

The dance party ends at 9 pm, allowing you the good night's sleep you'll need to prepare for the return of the Hamptons creatures you detest. Until you need a crashpad. But just for one weekend.