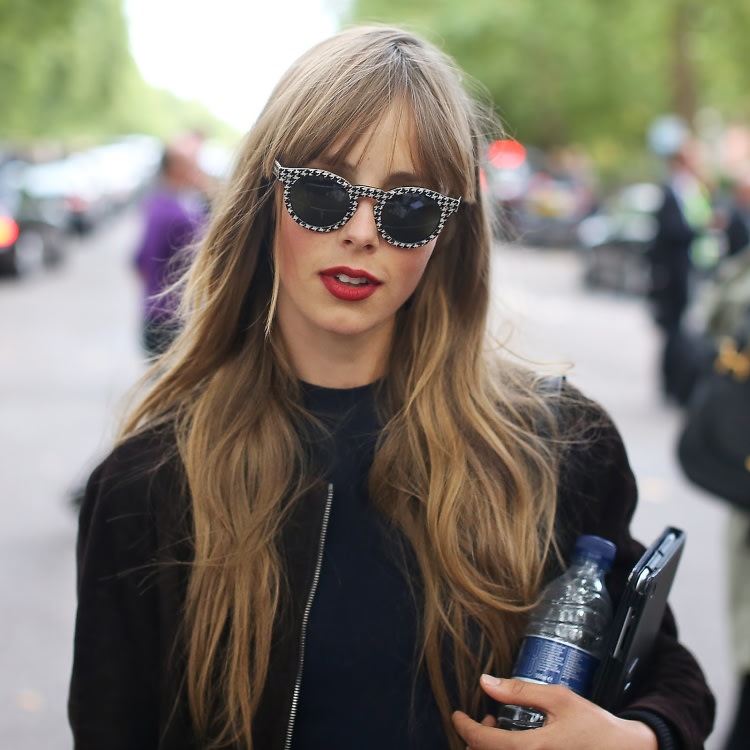 When you're posing for Mario Testino at just 15 years old, it's likely a sign that your future in fashion will be long and illustrious. And that's exactly what it has been for Edie Campbell, the 23-year-old "prodigy" who was just named 2013's Model of the Year at the British Fashion Awards, beating out last year's title-holder, Cara Delevingne. While it may be true that her bold-browed competition frequently makes headlines, we're not underestimating the understated Edie, who has a fierceness all her own. Recently chopping off her flowing, flower-child locks in favor of an edgy mullet dyed stark black, the ever-eager-eyed model made a statement on every major runway this season, clearly stealing the show and the industry's heart. She's even had a run-in with Cara's rumored beau Harry Styles, so who knows what model drama awaits?  We suggest you catch up before the catwalk claws fly.