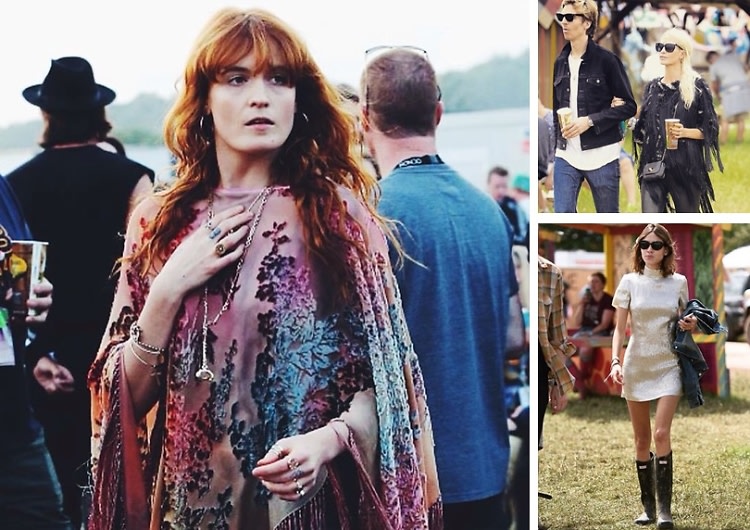 Another year, another Glastonbury edition to pay attention to. This year's festival brought some major and controversial moments, such as Florence Welch taking her shirt off and running all over the stage, Kanye West screaming "You're now watching the greatest living rock star on the planet," and The Who closing the weekend of musical greatness. Apart from the hundreds of artists we wish we could have seen live, there were some very interesting fashion choices made by the celebrities that attended the 33rd edition of Glastonbury. Here are the best dressed of the weekend.