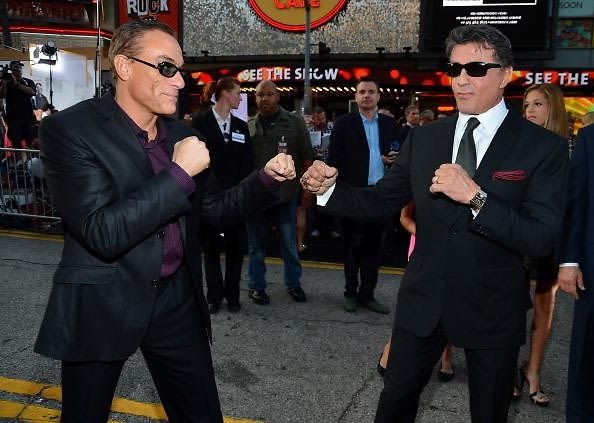 In 1992 or so, if Sylvester Stallone, Jean-Claude Van Damme, Arnold Schwarzenegger and Chuck Norris had all shown up to the same party, it might have created a mass pandemonium more dangerous than anything they'd ever done on film. In 2002 or so, at least the three of them that weren't governing the eighth largest economy in the world could have probably bought a gym bag full of cattle steroids on the corner of Sunset & Vine without too many people caring. But it's 2012 now, and when these aging legends stepped out together last night for the premiere of their new mega-actioner The Expendables 2 at Grauman's Chinese and afterparty at Drai's, I'd say it was a pretty big deal. And it didn't hurt that last week's Olympic hero Ryan Lochte was along for the ride, either.