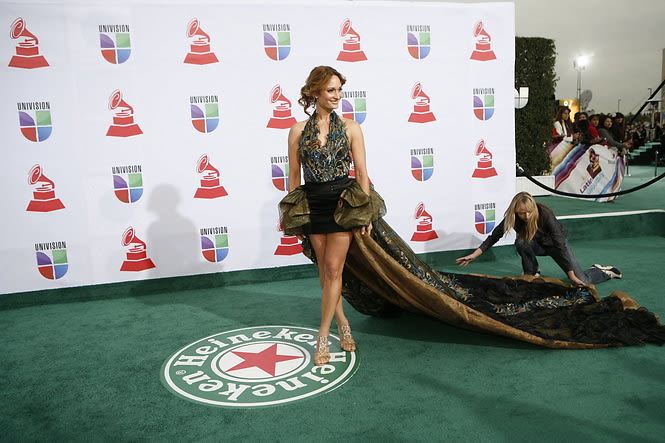 Latin America: it's a different kind of place! Their music is sexier, their food is spicier, and their taste in fashion? Well, let's just say it gets hot down there, and maybe it's hard to think clearly sometimes. At least, that's how I'm choosing to excuse some of the outfits that got busted out for the 12th Annual Latin Grammy Awards, which went down in Las Vegas at the Mandalay Bay last night.