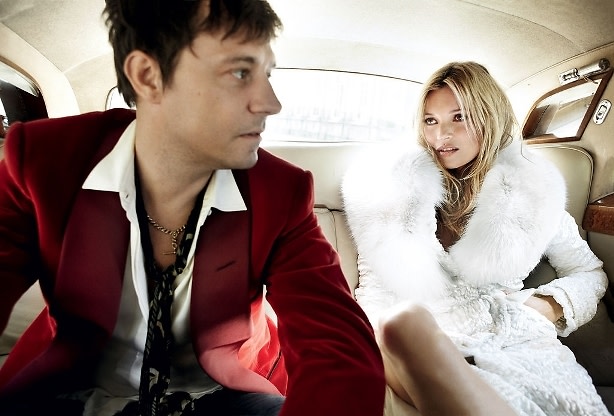 [All photos by Mario Testino via] It was fun to see all the silly hats and nobles dressed as life-size nutcrackers of the the Royal wedding, but it's the other British Kate's day of holy matrimony we really cared about this summer. I'll take druggie supermodels, rock stars and Naomi Campbell over the entire British monarchy any day of the week. But unlike William and Kate's big televised day, Kate Moss and Jamie Hince's wedding, dubbed Mosstock due to its rumored lineup of performances by hugely famous artists and guest list of top designers, actors, models and generally attractive, chic people, was a very exclusive, private affair. Now, for the first time, Kate's wedding portraits shot a week prior to the I Do's and photos from inside the reception by Mario Testino are finally revealed in September's Vogue. It was quite gorgeous, so come take a look at guests Paul McCartney, Carine Roitfeld, Marc Jacobs, Jack White and many, many more who celebrated Kate and Jamie's big day.