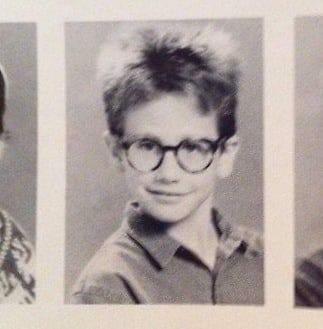 [Photo via] Isn't it kind of fun/horrifying to see where your elementary school classmates end up as adults? You never expect the cute jocks to grow up to be unattractive insurance brokers or the nerdy ginger girl to be walking the Balenciaga runway at fashion week. The same goes for those famous faces who may have seemed like the most unlikely candidates for stardom, like this little bugger.

Do you think anyone from Jake Gyllenhaal's fifth grade class would have predicted he'd grow up to be one of the best looking and biggest actors in Hollywood? That's right, the picture above is in fact Jake Gyllenhaal's yearbook photo from elementary school! He may not have had all the little girls swooning back then while he was rocking the Dominick Dunne style tortoise shell glasses but he sure does now! 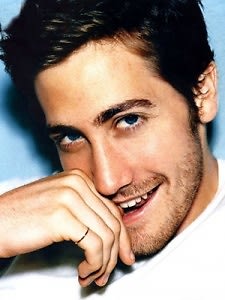 [Photo via] The former pipsqueak turned jacked leading male has starred in movies like Donnie Darko, Jarhead, and Brokeback Mountain and his white-hot career doesn't seem to be cooling down anytime soon. With brains, star power, talent and incredibly good looks, we're POSITIVE that any girl who rejected his invitation for a slow dance at the Sock Hop counts it as one of her biggest regrets and has likely devoted at least one session with her shrink to talking it out.