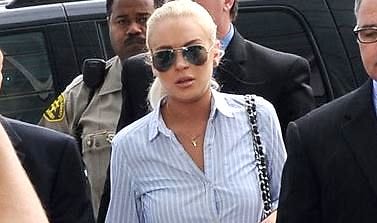 Another Lindsay Lohan court appearance, this time for a positive alcohol test that the Probation Department felt was in violation of her house arrest probation, means many things: for the media, another chance to fuel up the helicopter to film her driving home, for Jay Leno, three more nights of hacky, stale material. And for us, a chance to examine what we know is really the most important part of all of this: her courtroom outfits. Because as we all know, Lindsay's success or failure in court completely depends on outfit quality. So, how did she do today?

[Go HERE for Free Lindsay! (And Her Courtroom Outfits) Pt. I!]

Well, as these photos of her outfit clearly show, Lindsay chose to dress, for once, like she was actually going 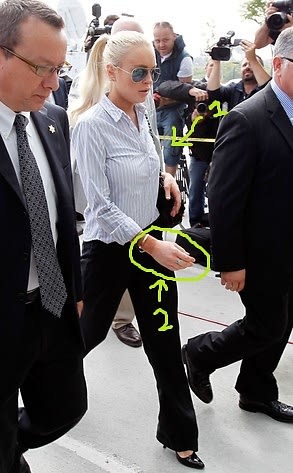 to a courtroom today, rocking a smart-looking button-down and pantsuit combo that wouldn't have been out of place on, say, one of the sexy but serious female ADA's on "Law & Order". Lindsay being Lindsay, the shirt seems a size too small, seeing as how those buttons are clinging on for dear life (Exhibit 1). And (Exhibit 2), um, what's up with the creepy reverse tan on her hands? Is that cocaine residue, or has her gross orange spray-tan just completely washed off? At least that would mean she's washing her hands...

But overall, a classy outfit. Maybe she was afraid she might have to step in and act as her own lawyer, or maybe she wanted to publicize her availability for potential future L&O spinoffs, but whatever the motivation, it seems to have done the trick. TMZ is reporting that Lindsay skated on this one:

But it's not all good news for Lindsay's plan to party the rest of her house arrest away:

"Judge Sautner said Lindsay is now restricted for the remainder of her house arrest to one friend at a time at her Venice loft, in addition to family members. And, the judge said NO PARTIES at Lindsay's crib."

No parties? C'mon, Judge Tightass, live a little. Let Lindsay mix you up one of her world famous Margs and hook you up with one of her exotic dancer friends, you might even enjoy yourself. But until you come around that far, I guess we can still thank you for not being a total jerk, and letting America's Princess—if not the one we want, at least the one we deserve—live to fight (or at least pull some other spoiled socialite's hair at Voyeur) another day.

As for the rest of us, let's take a stroll down memory lane of Lindsay's previous court date ensembles from "Free Lindsay! (And Her Courtroom Outfits) Pt. I." and Pt II. 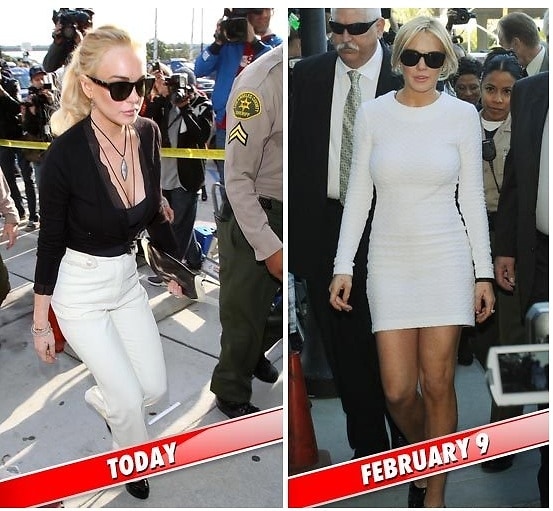 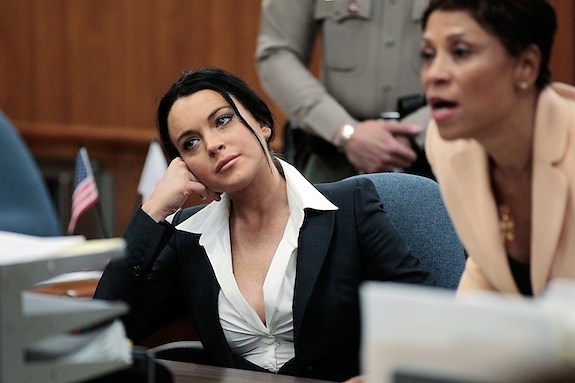 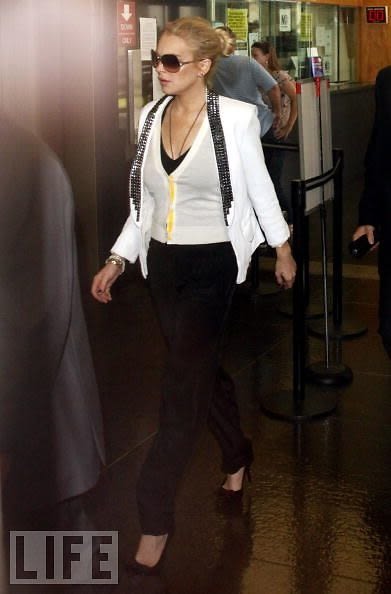 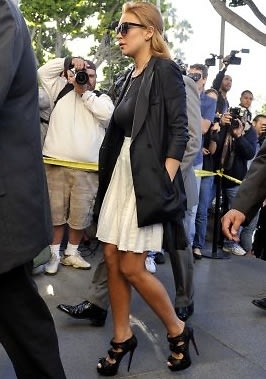 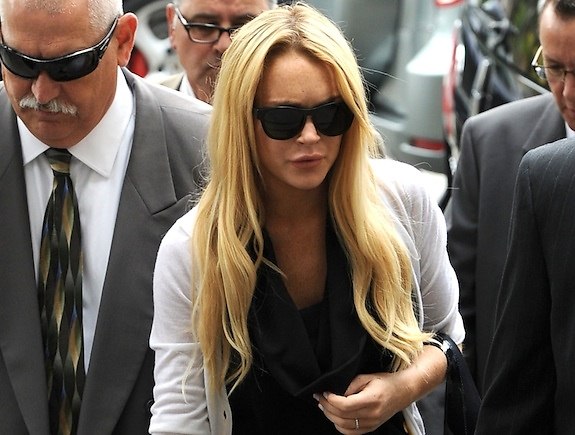 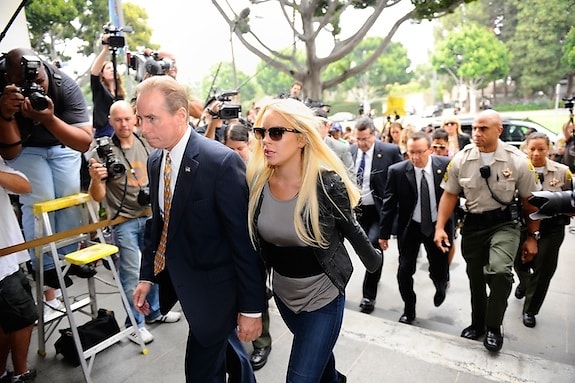 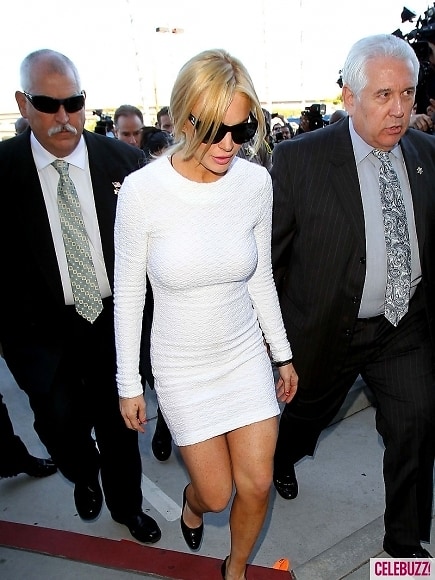