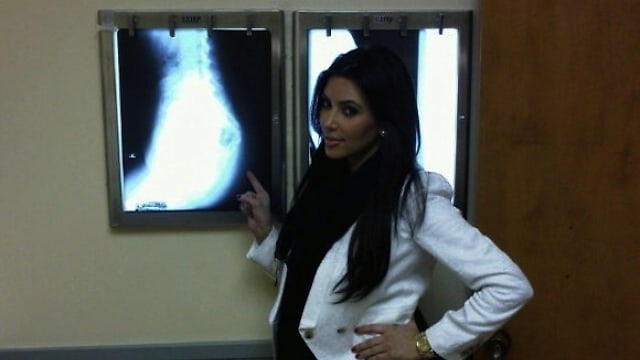 To answer the question that nobody asked, Kim Kardashian went in for an X-Ray to prove she doesn't have ass implants. Although the gossip sites disagree on what the photo of the X-ray shows, there are no experts putting in their two cents, so I sent it to my dad, a board-certified plastic and reconstructive surgeon for the last 25 years. Here's what he had to say:

"and this is supposed to prove that she didn't have surgery? It's hard to tell. You can't tell if it's her or not, but she's got some kind of a something in there that doesn't look normal. And one would really have to wonder who would authorize using an X-Ray to prove that?" 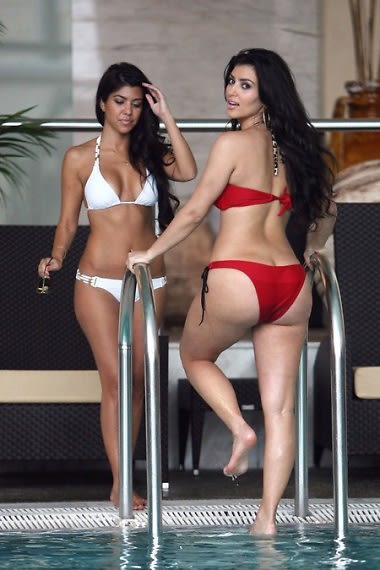 So even beyond the "some kind of a something," my Dad brings up two excellent points. First, you can't tell whose ass this photo actually belongs to, and second, and most important,

"no competent and ethical physician would ever order someone an X-Ray and give them radiation just to prove that some celebrity has or doesn't have a butt implant."

So on behalf of the estimated 46.3 million Americans without health insurance, who are terrified to go to the doctor even when they break their leg, or cough up blood, or whatever, Kim Kardashian, go to hell. At least Gearys is supposed to cater to your every spoiled whim, but who is this "medical professional" playing David LaChapelle with the X-Ray camera? Is it the doctor from "Bridalplasty"? Conrad Murray?

In retrospect, Dad, thanks a lot for the help, but I'm really, truly sorry to waste your time with this.

[Top photo via; bottom photo via]