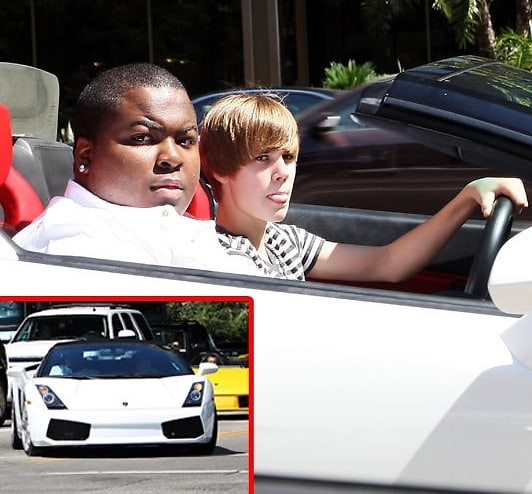 Apparently Justin Bieber isn't threatened by the fact that Sean Kingston could eat him for breakfast, as the two pop-stars were spotted cruising over to Pinkberry yesterday in a $200,000 Lamborghini Gallardo. And the Biebs was driving. I know what you're thinking.  We thought toddlers had to be strapped into car seats, too, however, it seems laws of the common folk don't apply to the Bieb.

His bitches adult handlers must not be able to ever say no to those incomparable man bangs, so the kid can play make-believe in real life whenever he wants, although we're willing to put money on him sitting on a phone book to see over the steering wheel. But nevermind that: how hard do the two of them look in this photo?! Sean Kingston must have gotten so much ass after this!