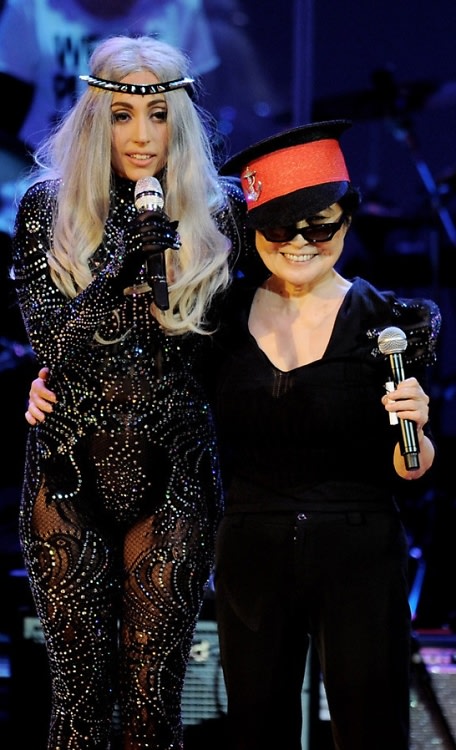 Evidently Halloween came early this year when Lady Gaga joined Yoko Ono on stage for a performance at L.A.'s Orpheum Theatre on Saturday. Yoko dressed up as the missing sailor member of the Village People, while Gaga--never one to embrace convention when it comes to style--wore a sheer bedazzled jumpsuit that exposed her ass, naturally.  It was like a Bob Mackie wet dream.

The show was part of the week-long celebration of what would have been John Lennon's 70th birthday on October 9th.  If you weren't able to make it to Yoko's 'We Are Plastic Ono Band' concert, you can still take part in the tribute to the late Beatle. The GRAMMY Museum's exhibit, John Lennon, Songwriter, opens today to display priceless memorabilia like his guitars, wire-rimmed glasses and handwritten lyrics to "Imagine".