While you were having another blah Wednesday night, something truly disturbing was going down in Hollywood. And we're not talking about the trannies showing off their pole dancing skills on the MTA sign in front of Donut Time at Santa Monica and Highland. That's pretty routine. What we're talking about is the situation happening on top of Rihanna's head. Last night she stepped out for some partying at Las Palmas sporting a new 'do that's not only hideous, but now qualifies her as a dead ringer for the insufferable Carrot Top. 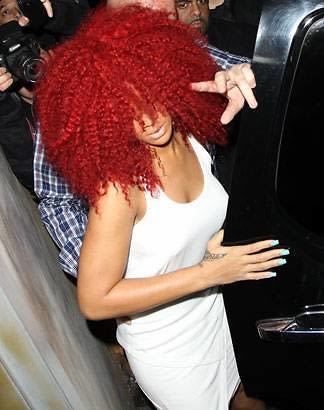 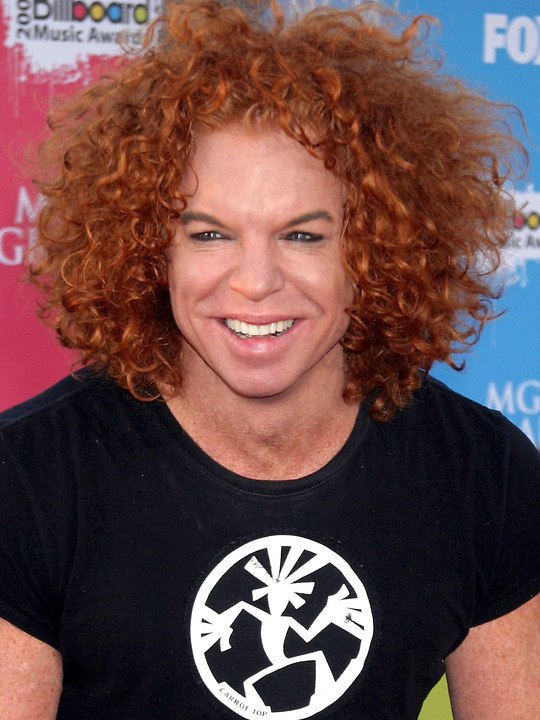 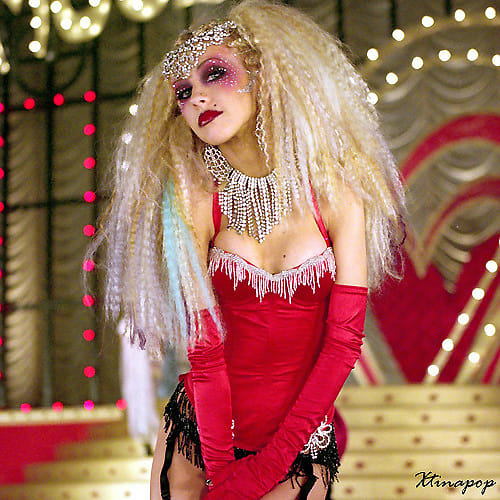 That's just a wig, right? Not a weave? God forbid. We thought Christina Aguilera's platinum afro and direct reference to Dee Snider circa "Lady Marmalade" was bad. This actually beats that simply because of it's likeness to Carrot Top. Whoever told RiRi this is a good look is obviously trying to ruin her. Why oh why would she do this to herself? Earlier yesterday she tweeted:

@g4lbaby oh yeah! I got some behind the scenes S&M flix for u #RihannaNavy I'll give em to u little by little until the vid drops

And followed up with: 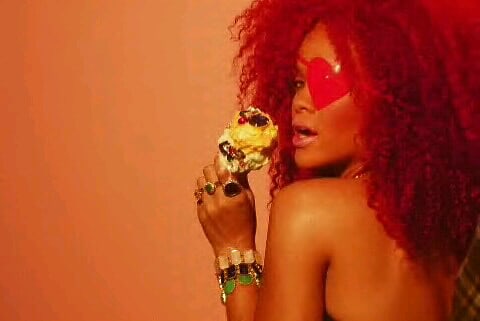 So is the S the part where she's forcing us to think of Carrot Top when we look at her or the M part where she has to endure this mess on her head...?

[Carrot Top via; Christina Aguilera via]