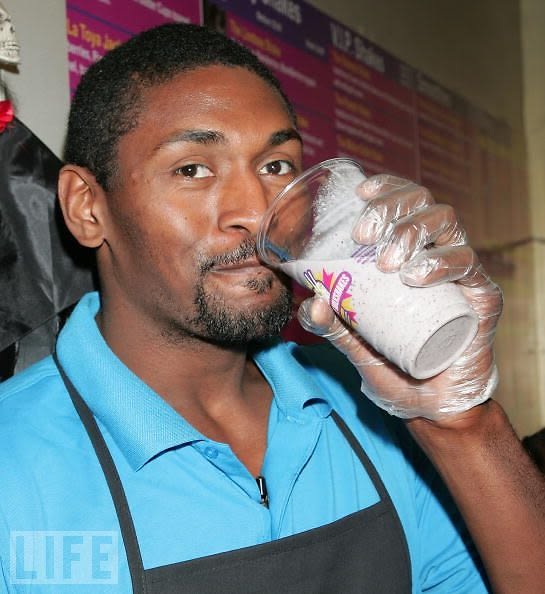 [Photo via] If you read this before 5:30pm today, make your way down to Millions of Milkshakes at Westfield Culver City to see our cities own hero, Ron Artest, performing his new "hit" single "Champion".After winning an NBA championship title, and breaking out as the next hot rap artist, what else would be the LA Laker's next move? Obviously, creating his own signature milkshake.  That's right, not only will he perform his new single, but fans can witness the creation from start to finish of the dessert soon to be added to the menu of celebrity shakes. Additional performances include Myles Brown, Ray J, OMG Girlz, and New Boyz.