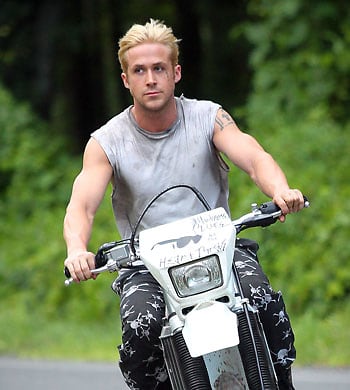 We don't take much too seriously here at GofG L.A. but two things we do not take lightly are Ryan Gosling and blonde hair, so we can relate to the seismic waves that rippled across gyms throughout West Hollywood yesterday as he revealed his new dye job, his signature sandy golden hair now platinum, blowing in the wind as he rode a motorcycle in a muscle shirt on the set of an upcoming project. Instead of just giving you this gratuitous Gosling shot to get you through the day, let's take this opportunity to give due recognition to some other famous men who've turned to the peroxide for a new look over the years. [Ryan Gosling photo via]

Going platinum is a bold move that can take a perfectly nice head of hair into tragic 90s boy band territory (you've come a long way, Justin), but sometimes it really works. As for Ryan, although I do prefer his natural color, I think I speak for all of BoysTown, heterosexual men with secret man-crushes, and females in general when I say he can do no wrong. On anyone else this look that's happening would read as someone who's lost their way home to the meth lab at the trailer park, but I'm not even that offended by the skull pants or teardrop tat. Ryan can do whatever he wants.

Here's some more of Ryan sporting his new 'do... 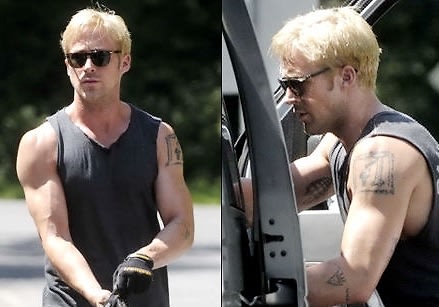 In honor of this significant moment in hair, here's a salute to the other famous males who've dabbled in the bleach in recent times, for better or for worse. 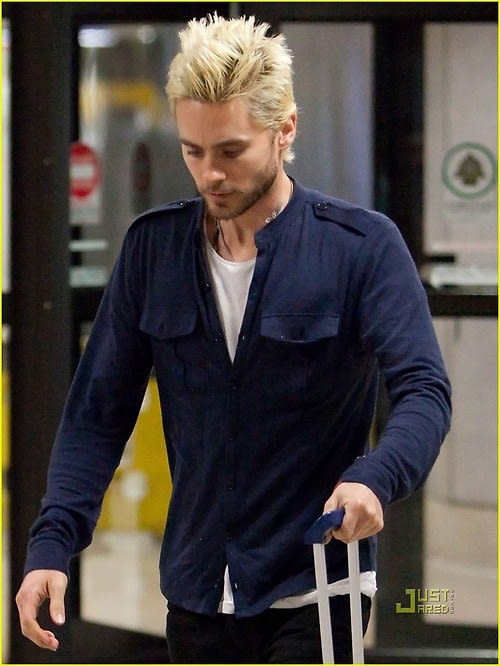 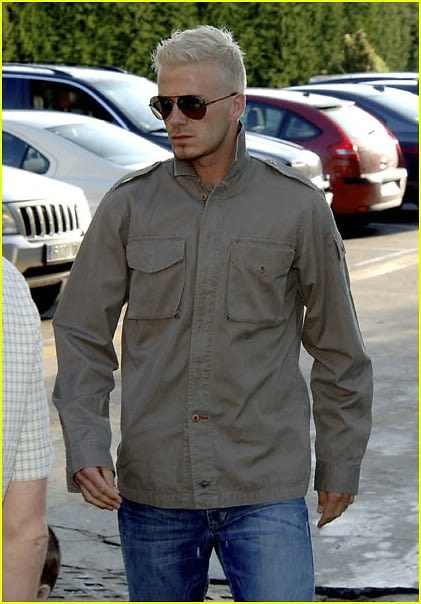 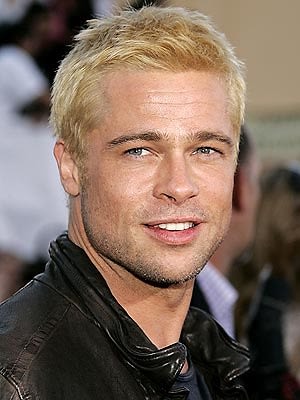 Aw, remember this? It was right around the time he decided to leave his wife to become a real life Benetton ad. 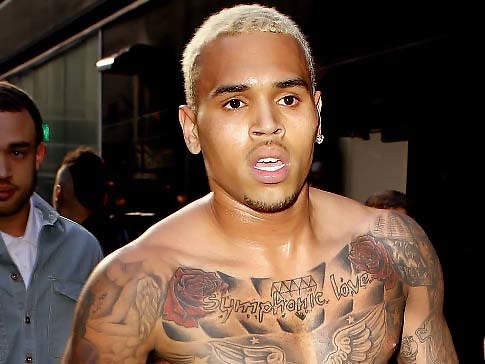 This was taken right after he hurled furniture at windows during a temper tantrum on the set of "Good Morning America", so his issues are way bigger than this homage to Sisqó. 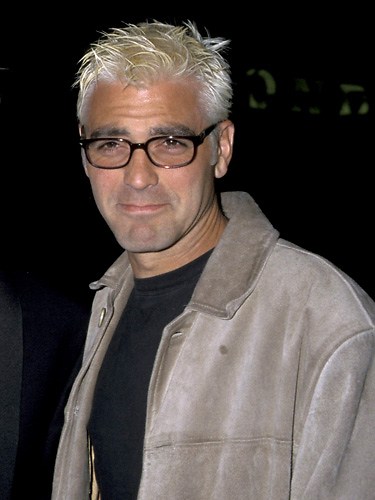 Not sure when this occurred but it's behind us and we never have to talk about it again.  [via]

And some pioneers in the field we'd be remiss not to mention:

Because he never cared it was passé. [via] 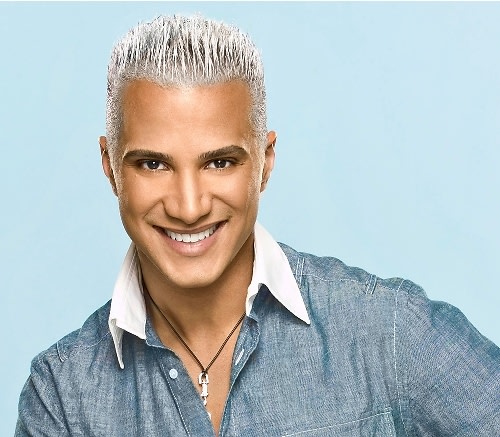 If the Tin Man had a gay baby with Ken Doll... A modern marvel, this is more of a silver than a true bleach-blonde, and it remains a mystery how he achieves it. [via]