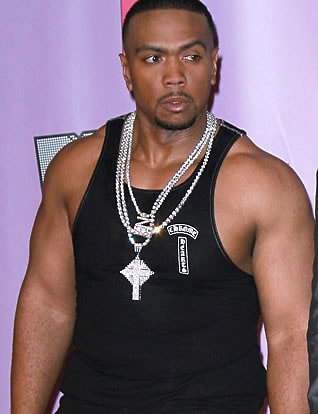 Oh rap world, only you... Crisis struck yesterday at the Malibu home of Timbaland when he abruptly took off in his Escalade (obviously) upon discovering that his $2 MILLION WATCH was stolen.  After trying to locate him to no avail, the producer's family alerted the cops, worried that he was going to try to quit this bitch because he was so distraught over the theft.

The Sheriff's Dept. deployed squad cars AND a helicopter to find Timbaland and prevent a "possible suicide attempt."  If Timbaland was ever going to end it, doing so after spending a cool $2 mil on a WATCH would've been the time to do so, not after it was stolen.  Certain things, like being stolen from by someone you trust, can happen to anyone.  Making outrageously irresponsible purchases, however, is totally on you. Just sayin...

The saga came to a close with a Hollywood ending: the cops found Timbo unharmed and returned him to his Malibu abode. Damage control took effect this morning when he followed up with the requisite call to Ryan Seacrest's radio show to explain he had just gone on a drive to clear his head.

Cray cray rappers and their tales of bling - what would we do without them!