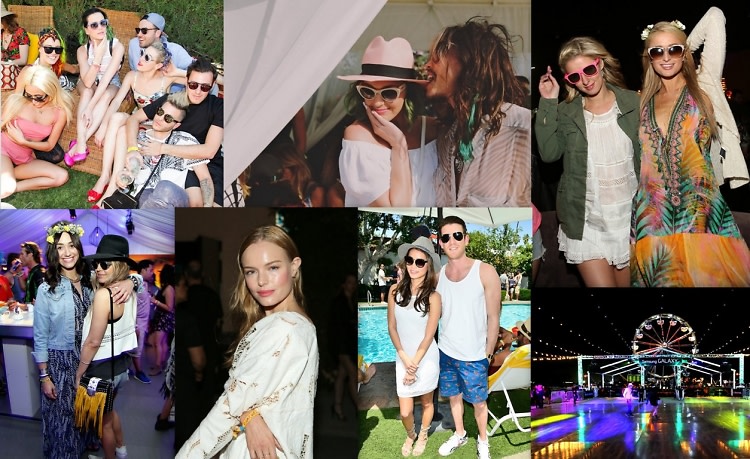 Over the weekend, Coachella kicked off its two-weekend run in grand fashion. The event has been on everyone's minds for months, and it took over social media over the past few days, reportedly the cause of a major Instagram slowdown this weekend. In addition to the major performances, including Pharrell joined by Gwen Stefani and Solange joined by Beyonce, there were plenty of parties that guests attended in between. From Alexander Wang's huge H&M collaboration party to Forever 21's "Party In The Sky" with Azealia Banks, here are our favorite parties from the first weekend of Coachella 2014!