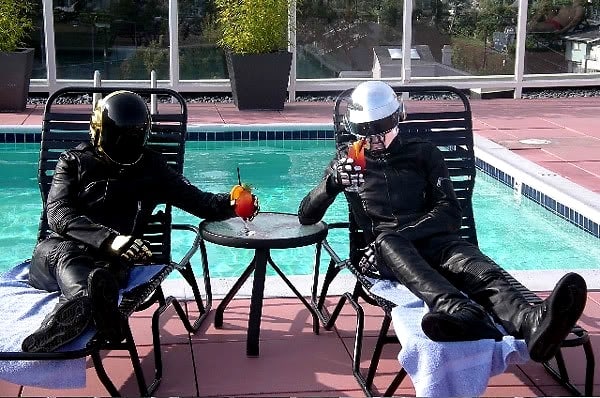 Yesterday, following news of Lou Reed's cancellation on Coachella Friday sets (April 12th and 19th), we reported on the highly likely possibility of Daft Punk playing the festival when a tour date for April 12th at the Empire Polo Field in Indio suddenly appeared on their VEVO page. However, last night a rep for the French electro duo issued a gold medal-worthy buzzkill to Rolling Stone flatly denying Daft Punk will perform at Coachella this year. Ouch... [photo via]

The phantom Coachella tour date has since been removed from Daft Punk's VEVO page with no other tour dates scheduled. The timing of a Daft Punk Coachella appearance made perfect sense with Monday's revelation of a forthcoming album, Random Access Memories, following weeks of their mysterious multimedia ad campaign. Reprising their 2006 festival appearance this year with a new album dropping the following month would have been ideal promotion. 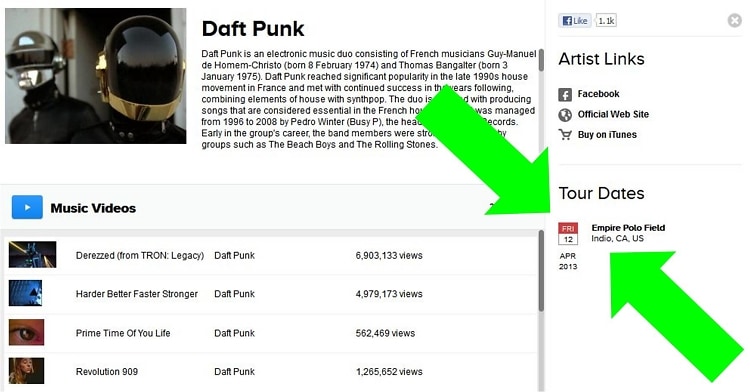 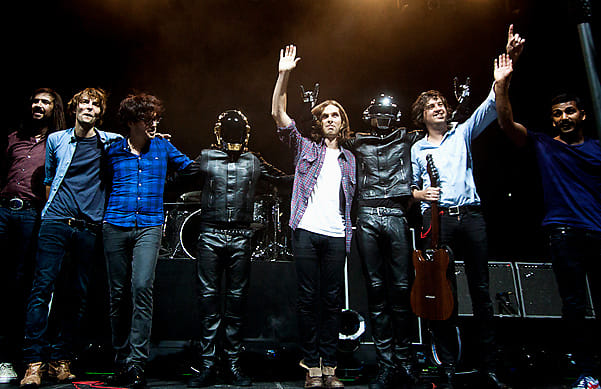 That time they put on a surprise performance at Madison Square Garden during a Phoenix concert (Phoenix and Daft Punk are BFFs from the motherland) also supported a possible appearance with Phoenix as a Coachella headliner this year.

[Daft Punk with Phoenix at Madison Square Garden 2010 via]

After all, aside from making excellent music people love, part of Daft Punk's allure is their mystique and ability to keep fans on their toes with such skill in the art of surprise. Can you imagine if they emerged on the main Coachella Stage as the opening beats of "Da Funk" or "Harder Better Faster Stronger" boomed across the polo field? That would thoroughly shit on last year's Tupac hologram, which Goldenvoice will likely try to top with some other major bombshell this year. But per their rep's statement, it's just not going to be Daft Punk :(.