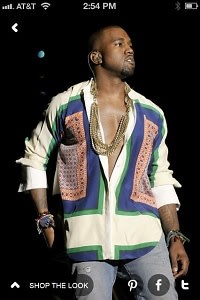 Coachella finally starts today, and though we've been keeping you in the loop on the biggest fashion trends for girls, we haven't had much info about what will be hot for the guys. But lucky for all the stylish men out there, Details Magazine and the new app Kaleidoscope are partnering up this year to show us some of the most stylish men's looks at Coachella.

Kaleidoscope’s director of business development Sarah Kunst described the app, which allows users to browse street-style blogs and fashion editorials, as “Pinterest meets Shop Style," and this partnership with Details is sure to bring a lot of attention to this innovative new app.

Beginning today, Details and Kaleidoscope will have a photographer at Coachella to capture some of the festival's best dressed guys, and some of the most noteworthy shots will then appear in a shoppable gallery on Detail's website.

By the first Sunday of the festival (4/15), 5-10 men's looks will appear on Detail's website, and by using the Kaleidoscope widget that will be embedded on Detail's site, users can shop for the items shown in each of the looks. An additional look will be added to the gallery each day next week, and by the end of the festival 20-25 shoppable looks will be available on the site.

While Details already has a large readership, the LA Times reports that Kaleidoscope provides is the much needed technological aspect that makes this partnership work:

"What Kaleidoscope brings to the table is technology that analyzes the images, breaks them down by garment (i.e. poncho, striped cardigan, war bonnet, five-pocket jeans and the like) and suggests where -- from a list of Details' retail partners that includes Mr. Porter, Nordstrom, Neiman Marcus and Saks -- the item (or a very similar one) can be purchased."

Kaleidoscope makes looking cool easier than ever, and there's no better way to find the best looks for Coachella than with this app!

So guys, before you head out to the desert, download the app for Andriod or iPhone HERE. 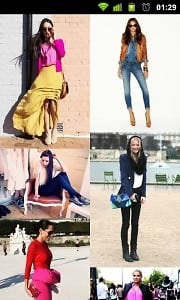 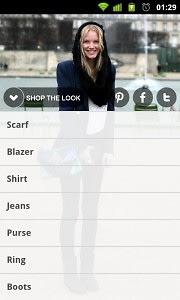 [Don't Panic, Here's Your Style Guide To A Rainy Coachella]

[Your Map To The Stages, Bars, And Tents Of The 2012 Coachella Grounds]

[Everything You Need To Know: Coachella 101, A Beginner's Guide]