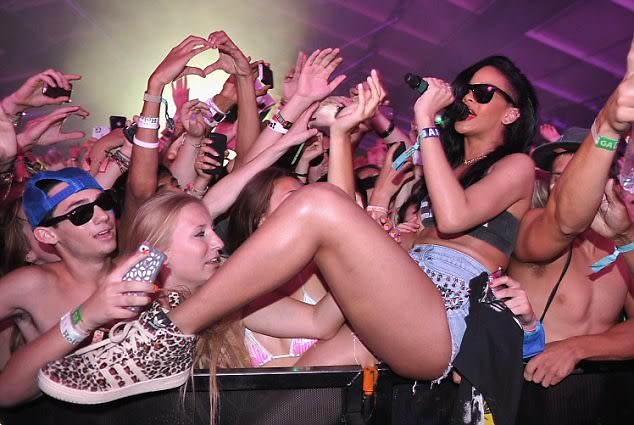 Weekend 2 of Coachella has much to live up to, and then some, if it wants to rev up and surprise its audiences the same way with its performances this past weekend which was packed with many positively jaw-dropping moments, from Tupac's haunting hologram to the outpouring of emotion during Gotye's performance of "Somebody That I Used To Know" with Kimbra. Among the stellar moments was the surprise appearance of Rihanna on stage with Calvin Harris to sing the living shit out of "We Found Love" and "Where Have You Been." Her emergence on stage prompted what was no doubt one of the most energetic, hyped crowds of the weekend. I mean, it had Katy Perry crowd surfing over all the raver children in the Sahara tent.