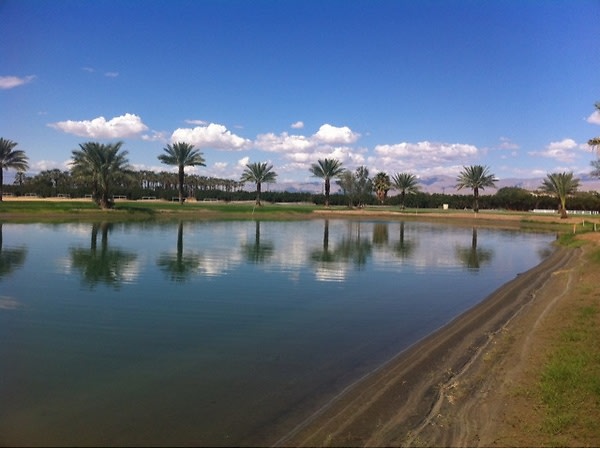 Has something fishy been going down in Coachella since our last annual pilgrimage? Maybe something involving a lake very close to the concert grounds perfect for afternoon parties that we should know about? Anything like that? Yesterday afternoon the generally quiet official Twitter account for Coachella sent out the following Tweet with a Twitpic link to the photo above:

@coachella bet u didnt know http://twitpic.com/2v7uks 9 minutes ago via web

Hmm... interesting. Intentionally vague? "Bet you didn't know" suggests the general population is unaware of this mysterious body of water in the desert, so is it new? The cryptic tweet was followed up with: 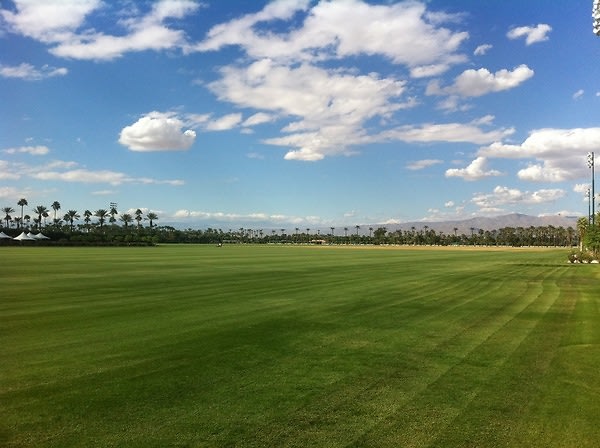 The Twitpic linked to the photo above which shrewd detective work leads us to believe is a photo of the same area before the man-made lake in the first photo was built. But there's more to the story: the initial Tweet with the photo of the lake has since been deleted from the Coachella Twitter account while the subsequent "before" Tweet remains.  The link to the lake photo still works, as it was also Tweeted by Gopi Sangha, whose Google Profile states he works at Goldenvoice, the concert promotion company that helps put together the yearly festival in the desert.

So why did Coachella's initial Tweet get deleted? Was it simply an accident, or did they deliberately remove it for some reason? Is there something they don't want want us to see yet? And where did this lake come from?? Are the Coachella people intentionally creating mystique to tease us as we wait it out til next April's magical adventure east? If so, it's working. We'll keep our eyes and ears open for any leads or further developments and update you if we find anything. In the meantime, it looks like we may have an exciting new addition to next year's Coachella excursion.