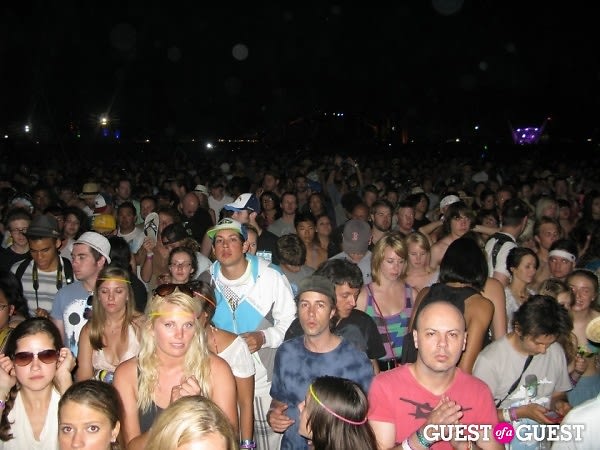 No one I know expected Coachella tickets to sell out before April, let alone within a week of going on sale. And because my friends are all lazy, procrastinators, and tend to live by a general principle that things work themselves out without having to do anything, there wasn't and still isn't any sense of urgency to get them. That's because they are all convinced that Goldenvoice is sitting on a secret reserve of tickets they're waiting to release until closer the festival date.

The conviction in this magical second batch of tickets is not based on any facts or insider tip-offs, but simply on a common delusion they share which, by their logic, makes it real. So real that many have already made their housing arrangements and started their Coachella diets so they look hot shirtless while being fake hippies in the desert for a weekend. These are the kids on the opposite end of the insane Coachella desperation spectrum from the Craigslist people who are trying to barter with everything from livestock to Taylor Swift concert tickets to all the food truck goodies and weed you can consume. Is it that L.A. breeds my friends' sort of approach to living according to fantasy instead of reality and attitude of righteous entitlement to such things as sold out Coachella tickets, or do I just tend to associate with that special brand of L.A. idiot? Maybe you know some people like this too.

To those lazy kids living on a prayer and unwilling to delve into scary Craigslist goat/Taylor Swift concert world, there's something else you can do that requires almost no effort and gives you a REAL chance at getting a ticket, however slim. A few hours ago, Coachella tweeted they're collaborating with The Creators Project to give away passes and all you have to do to enter to win is "like" The Creators Project on Facebook and fill out your name. I know you're lazy and prefer to just wing it, but c'mon, if you're reading this you probably have Facebook open in another window anyway. Or you can just click on that nice link we've provided so we're literally talking about a maximum of four clicks for the entire process.