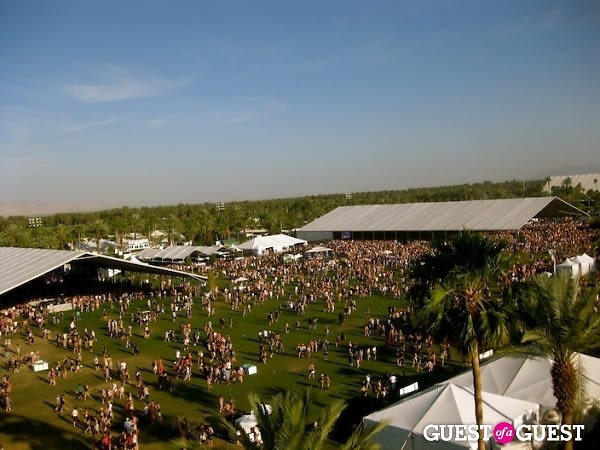 Good news for all you Dad types who stockpile mounds of batteries and get to the airport three hours early, "just in case": Goldenvoice understands your neurotic need to pre-plan. That's why, hot on the heels of releasing the set list and times this morning, they've now released the official Venue Map this afternoon, complete with the locations of all the stages, beer gardens, ATMs, and everything else you need to make sure that your weekend in the desert is as smooth and productive as possible. We have the full map after the jump, so start planning your bathroom breaks now!

As you can see on the map below, there are no major surprises, but it's nice to be able to put a few locations together with the set times, in order to plan your exact attack on the Empire Polo Club. If you're torn between several different artists at a given time, for example, you can now make your decision based on whatever show is the absolute furthest away from the Swedish House Mafia gig (it's Datsik, so The Horrors might be a better choice if you're trying to escape womp womp altogether). 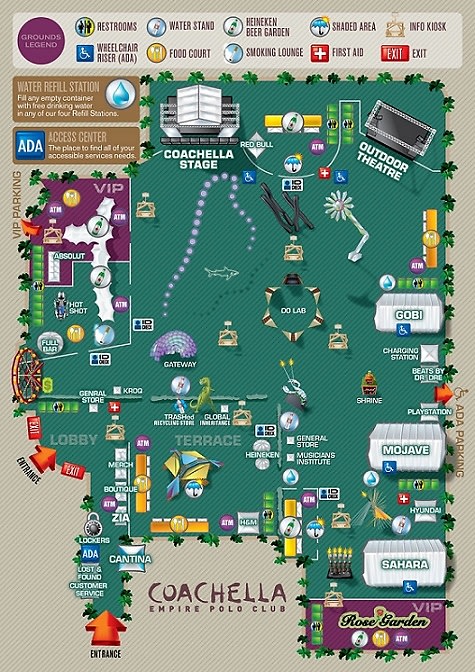 So get to planning, kids! Also, if you want to see maps of the camping grounds, parking, area directions or the shuttles, they're all right here. COACHELLA!