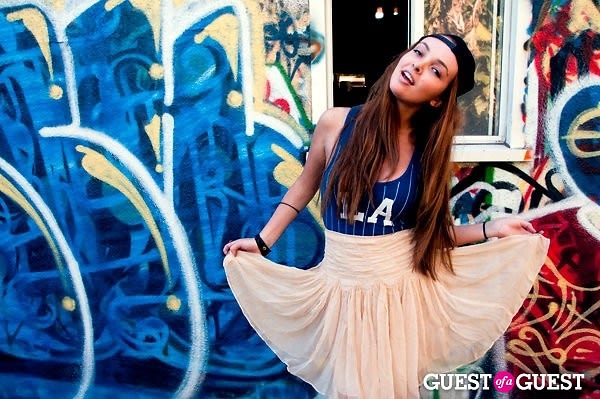 If you're wondering who's next in line for an L.A. It Girl title, we're hedging our bets on model Laura La Rue (yes, her real name is so perfect she couldn't have made up a better one). You may not have known who she was, but you've probably seen her in ad campaigns and on runways donning the sensational clothes of L.A.'s hottest designers--people like Brian Lichtenberg, David Alexander, and Jeremy Scott. She's also graced studios and catwalks in New York, Paris, Singapore, and Japan.

[Go HERE for more photos from our shoot with Laura La Rue by Melodye!] 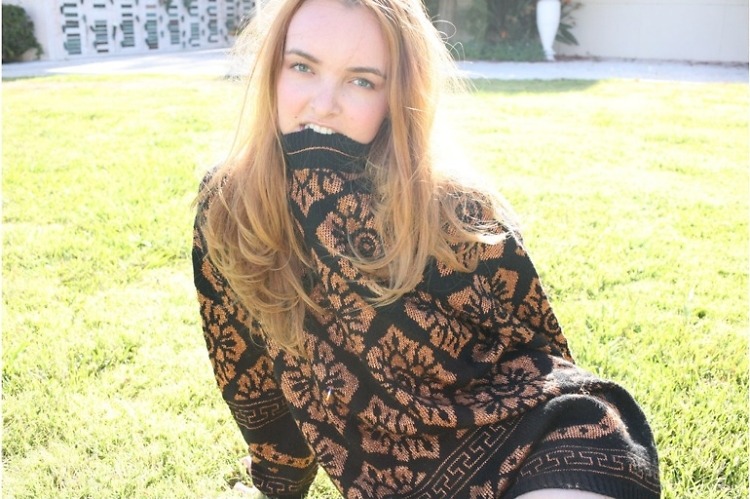 [Photo by The Cobrasnake via] More recently, she's joined The Cobrasnake crew to spice up Mark Hunter's vintage duds, landed on the cover of WWD, and been tooling around town on the back of Jonny Makeup's Vespa. But no matter where she goes or what she wears, this L.A. native (well, Thousand Oaks, but we'll cut her a break) brings her personal style:

"Usually when you walk into a super Hollywood party, everyone's in tight dresses and high heels and that's great and I love seeing that, but for me, I like to be casual and comfortable. I'll wear this [a Nylon t-shirt she cropped herself and floral shorts] out to a really nice formal party." 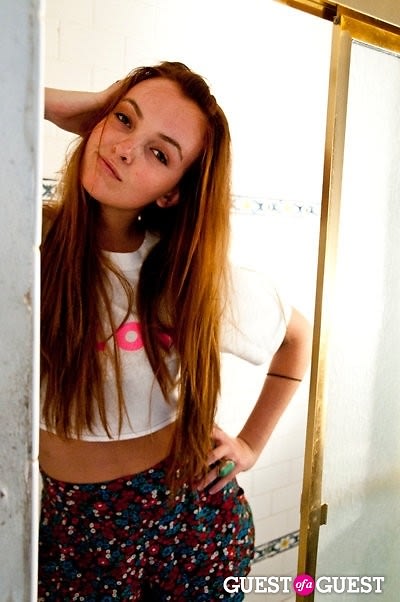 After long photo shoots spent inside an alien suit, having her skin painted silver from head to toe, or impersonating Marie Antoinette, it's no wonder she likes to keep it fun and low key when dressing for herself. But Laura's genre-fusing concoctions genuinely master the eclectic whimsy attempted by so many earnest hipsters. And in true form, she maintains that her only fashion rule is to always wear something she can dance in. There's a lot on the line for a gal who walks the red carpets at all of the hippest L.A. parties--fetes for Nylon, Maxim, Teen Vogue, and movie premieres--but she pulls it off with a unique swagger.

Even when rocking a more cliche look--a leather-jacket-rocker vibe or a girly floral dress with matching hair bow--she owns it. Her five years in the modeling industry have made her a chameleon. "I become that person, I let go of Laura completely and become this character," she says of modeling, "and that's so much fun to do just for a few hours."

That ability has made her a favorite hire for high-profile photographers like David LaChapelle, whose photos have featured Laura playing a drugged-up Nancy Spungen (girlfriend of Sex Pistols bassist Sid Vicious) and a topless party guest in a re-creation of a New Year's Eve bash at the Gatsby house. But don't assume a pretty face is all you need for a shot as the famous photog's muse; strong commitment and work ethic are also a must, as Laura reveals that his shoots can last from 7am until 11am the next day but the brutal hours put in are well worth it:

"David is very particular about what he wants... It's hard work, but I look up to people who are like that, come up with these crazy ideas. His work is just unbelievable." 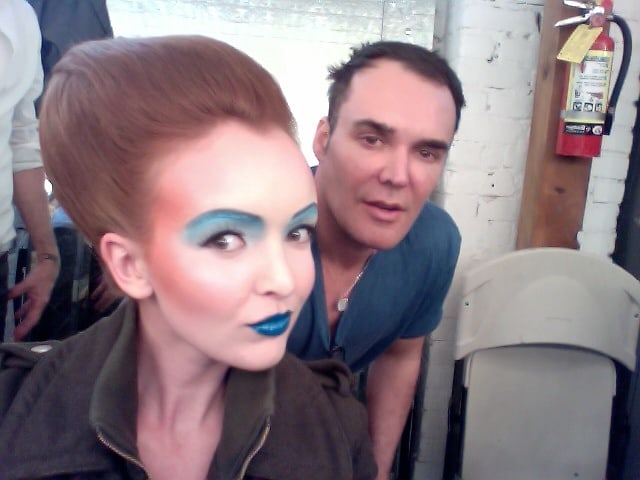 Now Laura's on the brink of a third career. The teenager has been modeling since she was 13, after childhood success in competitive dancing, and now she's poised to take her turn as pop songstress. Her answer to the question you're all asking yourselves?

"I love modeling, but it's not the same as being on stage, putting on [your own] show for a crowd of people. I've been singing and dancing since I was a little kid and it's always been my number one passion."

Countless young starlets have attempted similar career leaps with spotty success, so our more cynical instincts would have us wondering if Laura might suffer the same flat fate as so many that came before her. But she's got the vocal chords to make it happen and she certainly has the right wardrobe connections (David Alexander, who calls Laura his muse, is designing her Halloween costume). 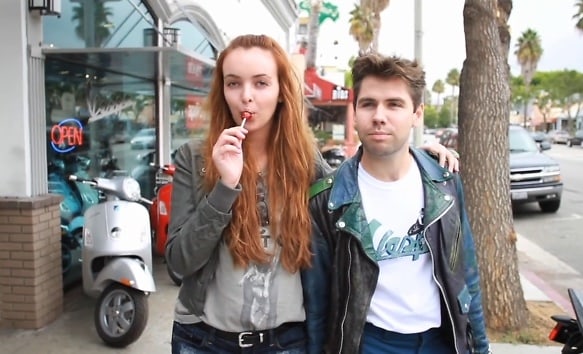 [Laura La Rue, Jonny Makeup photo via] Jonny Makeup is her co-pilot in this new musical endeavor and she's put her full faith in him, describing him as an awesome songwriter with a bodacious personality that makes working together more fun than anything. They plan to start recording this month, have a music video shoot in the works shortly thereafter and Laura hopes to be performing live later this year. She cites wide-ranging influences, but her sound will be primarily pop.

"I prefer to make pop music because it's so easy to listen to and fun to dance to. As far as who I'd like to emulate, I love Pink and Gwen Stefani's style. I admire performers who work hard and love what they do. I love seeing women with strength and confidence become successful."

Despite our innate skepticism, we're more inclined to trust she's got what it takes to follow in those lovely ladies' footsteps. After all, she has successfully switched hats with ease in the past. We're sorry to hear we won't be seeing her on the runways downtown this week but we can't wait to witness the next evolution of Laura La Rue come to life in concert halls. Stay tuned!