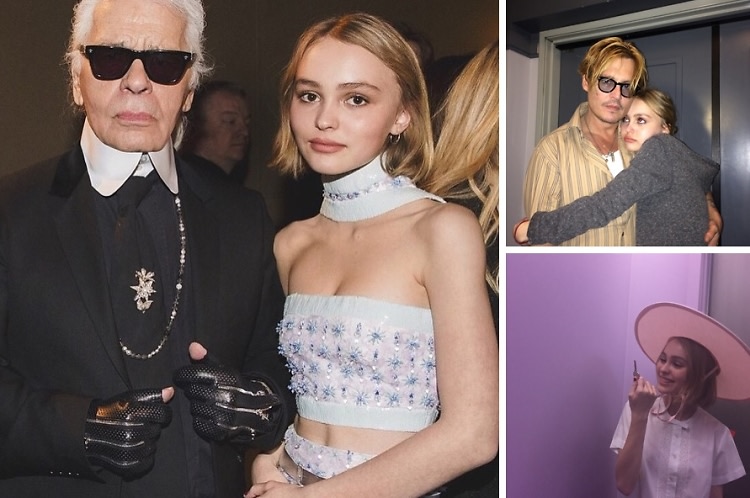 Celebrity children are an enigma: though we think it's completely ridiculous to contemplate what shoes Suri bought at J. Crew yesterday, we also cannot help but think what it must be like to live these preciously pedigreed lives. A major part of their draw is certainly the parents. What is it like not just to know, but to be, a Beckham or a Baldwin, a Jenner or a Jolie-Pitt? The children of the famous hold a peculiar attraction because they didn't actually have to work for their fame, it just sort of...happened. They've been set up with what we often naively see as a perfect platform and we, as the hungry audience, cannot wait to see what they'll do with it: rise, or fall?

One such A-list child currently on the rise is the relatively secretive Lily-Rose Depp. The offspring of no other than Johnny Depp and Vanessa Paradis, with the pout and high cheek bones to prove it, certainly won the genetic lottery. And now? After making her first public debut at this week's New York Chanel show and with a Kevin Smith directed film in the works, we're thinking this star child won't be able to keep herself under wraps much longer. Click through for what you need to know about this next bright young thing.