Minutes ago, Mark Zuckerberg and Skype CEO Tony Bates took to Facebook Live to announce the rollout of the "something awesome" Zuckerberg teased last week, several new features, the timing of which was widely rumored to be a response to sexy, mysterious, invite-only Google+. So what's the Zuck got cooking? Only a suite of Skype-integrated features that promise to make creepy pervert stalkers even more creepy and perv-y than they are now. The countdown clock to our first "Facebook Video Sex" scandal is ticking. 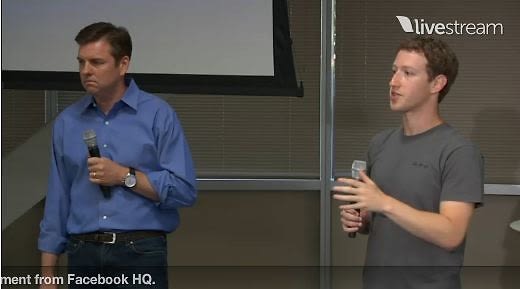 In a quick tech demo, Zuckerberg and some senior engineers from Facebook's Seattle office demonstrated how the new chat features, which will start rolling out today, combine group messaging and video calls. Operating entirely through the existing Facebook interface, the video calls use a stripped-down but supposedly quite functional version of the Skype p2p chat technology that will require a minimal installation (TechCrunch is reporting that it only takes a few seconds to activate), and won't require any additional Skype account or login. In other words, you can now video chat anyone with a Facebook account. 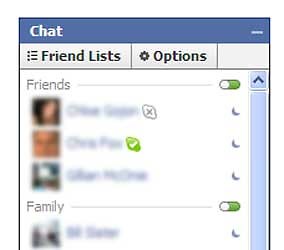 You can see where this could get a little sketchy, can't you? After all, Facebook hasn't exactly been known for respecting the privacy of their users in the past, and on the other end, well, just type "facebook sex scandal" into your favorite search engine and see for yourself. Hell, this thing has only been live for the last 45 minutes or so, and I'll bet there's already been several unwanted penis exposures [Editor's Note: Chatroulette, anyone???]. Not that any of this is a reason not to have the feature, mind you: the ability to video chat anybody on FB seems pretty sweet, truth be told, and people who want to expose themselves on the internet are going to find a way.

In fact, the biggest way that this will effect your life probably has nothing to do with unexpected nudity. Nope, you should really be far more worried about video chat accessibility to your Aunt Mildred, who had never figured out how to sign up for Skype but might just be capable of a one-click video call. A word of advice? If you didn't used to stay invisible on FB Chat, now might be the time to start.