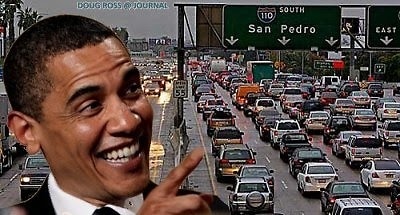 For the second time in less than a month, President Barack Obama shall pay Los Angeles a visit for the night, expected to arrive at LAX just before 5pm today. This is commonly referred to as "rush hour," but we should really come up with a better name since that afternoon-evening congestion spans across roughly four hours.

He's brought to L.A. for two fundraisers at Hancock Park residences this evening, the first being a $35,800 per seat dinner at Hitch producer James Lassiter's home, followed by a Latino voters gala at the home of Antonio Banderas and Melanie Griffith.

Unlike his previous trips to L.A., local police have not released traffic plans for the president's impending arrival but did offer this helpful bit of information that there could be congestion and street closures in the areas surrounding his stops this evening. So if you happen live or work anywhere near the airport or Hancock Park or somewhere in between, you'll probably be experiencing some remarkably hideous traffic to close out your Monday evening.

On a separate but somewhat related note, I'd just like to let you all know I've given up on trying to understand the traffic patterns of this city and now just operate under the assumption it's bad everywhere, and at all times of the day. For instance, this was what we were dealing with mid-afternoon yesterday (Sunday), just because, not as a result of any accident or detour, this was just your average Sunday afternoon: 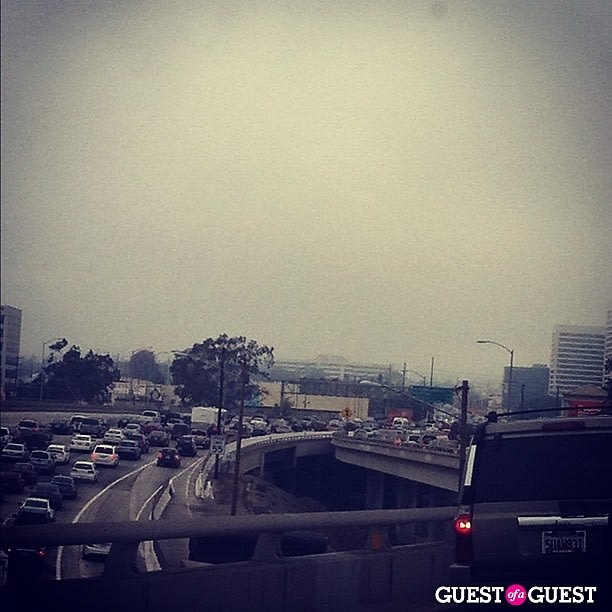 The president will make his way from the Westside to Burbank for a morning taping Tuesday with Jay Leno for the "Tonight Show" before departing from LAX, so your turn, Valley commuters. God speed.