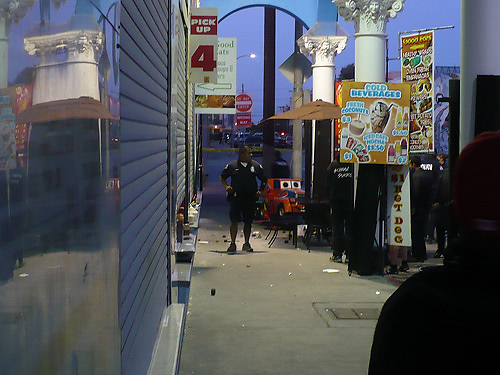 Yesterday evening, a bomb scare in Dogtown was thankfully just a false alarm. The usually peaceful streets that run along the boardwalk and are sprinkled with skaters, surfer dudes and beach bums were shut down around Market Street over a suspicious package. The LAPD locked down the surrounding area and had a robot transport the suspect package down to Ocean Front Walk where it then blew it to smithereens.

Based on the debris from the small explosion, it appears the contents of the package were skateboard parts. 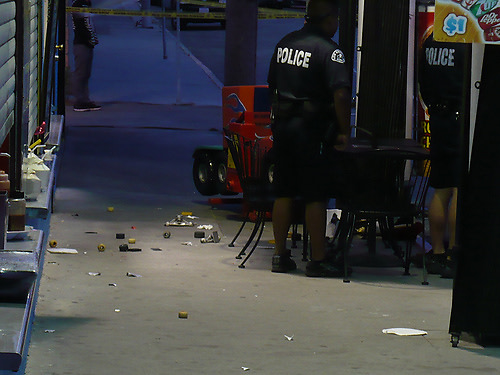 Hopefully the cops got out of there in time before a riotous group of enraged, half-baked skaters found out the hold up for happy hour and sweet potato fries at Nikki's wasn't even for a real bomb. And that it resulted in the destruction of some sweet skate decks.