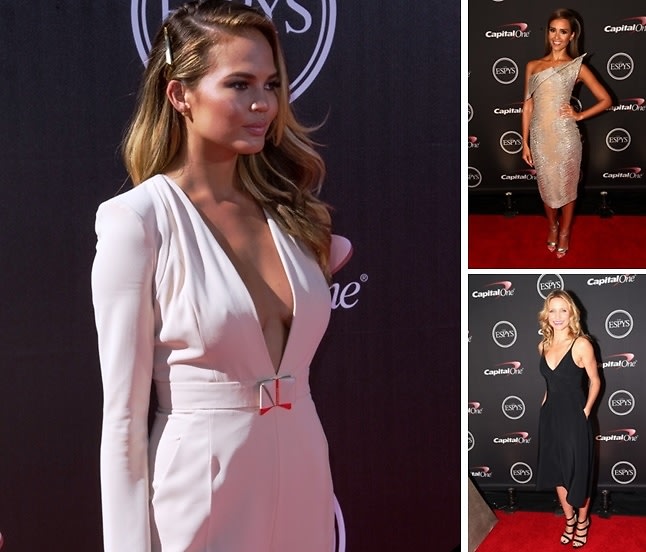 Models, actors, and A-List sports stars all rolled up to the 2014 ESPY Awards last night in L.A., where outstanding athletic achievements were ceremoniously celebrated. The annual event, a.k.a. the Excellence in Sports Performance Yearly Awards, was broadcast on ESPN and saw the likes of everyone from Olympic athletes to champion boxers on its red carpet. But besides all the hustle and muscle (and muscle...and muscle), the ESPY Award Show was also filled with plenty of fashion-forward looks. Who says sports and style can't go together? Click through for some of our favorite best dressed guests of the night.

Go HERE for more photos of the 2014 ESPY Awards by CRASH!