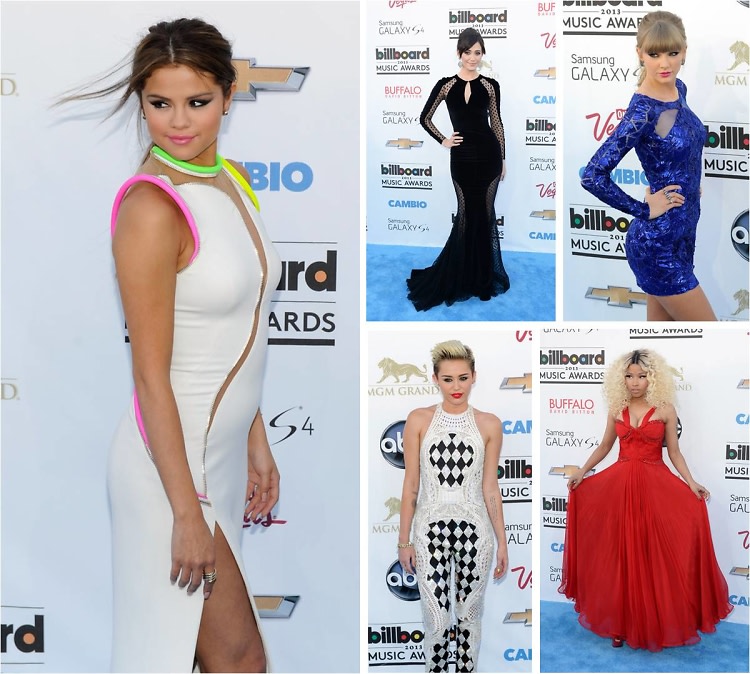 Last night the music industry invaded Vegas for the 2013 Billboard Music Awards held at the MGM Grand Garden Arena. While the event celebrated pop music's top artists and their achievements, we'd like to shift the focus to what really matters and discuss the outfits. As with all music industry events, a look at what people wore might have you wondering if some thought it was a competition in who could look most ridiculous. Fortunately, there were several who rose to the occasion with their sartorial choices as they hit the blue carpet, so check out the best of the night in these top eight looks from the Billboard Music Awards. [All photos via]