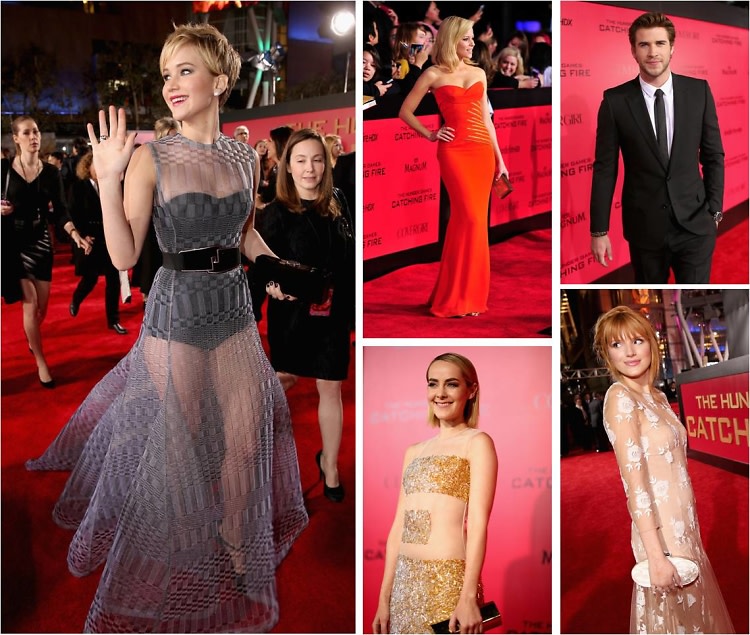 The Hunger Games: Catching Fire tour landed in Los Angeles last night for a red carpet Hollywood-style premiere. The frenzied media spectacle drew thousands of fans, shutterbugs, and reporters to the scene at L.A. LIVE as the film's bright and shiny stars worked their way down the carpet for the cameras. Such a high-profile event means stars were primped and camera-ready, and of course decked in glamorous designer fashions. Check out the ones that wowed us most and others that left us somewhat confused in this roundup of last night's Catching Fire L.A. premiere looks.