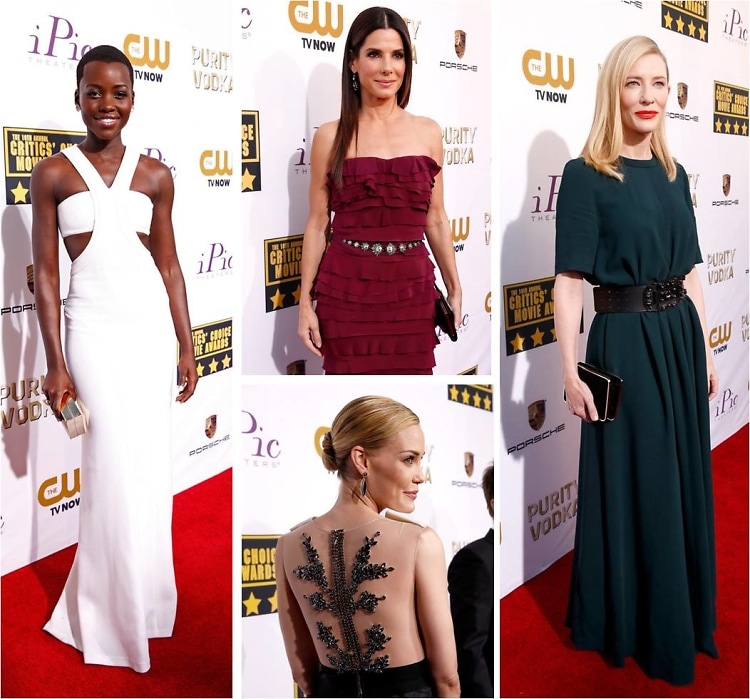 Awards season rolled on last night with the 2014 Critics' Choice Awards held at Barker Hangar in Santa Monica. The event honoring achievements in film brought out some of Hollywood's biggest stars who hit the red carpet decked in designer duds. Although this particular event is less formal than many of the other awards ceremonies, we were thoroughly wowed with how stars took on dressing for the occasion. Click through to see who earned a spot on our best dressed list with our top 10 looks of the night.