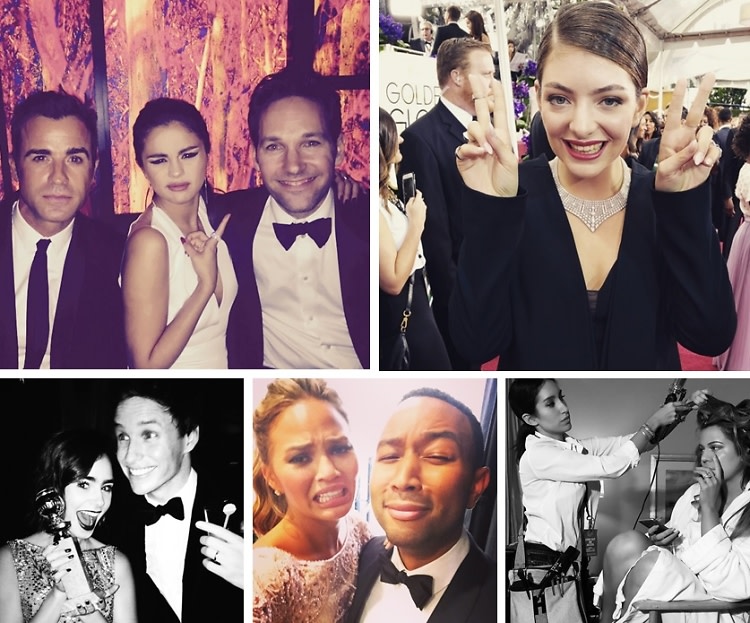 Every year we look forward to the Golden Globes, Hollywood's funnier, lighter, but hardly less-glamorous precursor to the Oscars. With small screen stars rubbing elbows with major movie icons, musicians taking selfies, and even a rare and beautiful Mrs. Clooney to be observed, the night was never lacking in Instagrammable moments. From pre-show glamming to red carpet 'gramming, check out these behind-the-scenes snaps from our favorite celebs at the 2015 Golden Globe Awards.