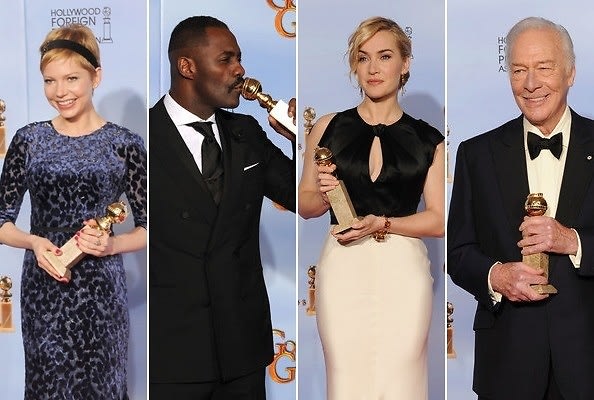 Are you guys sick of awards season yet? Well, that's irrelevant since Hollywood has only just begun the annual ceremonious patting of itself on the back with more lavish red carpet events and mini statues than we care to try and count, with the first really major one held last night at the Beverly Hilton. The 2012 Golden Globes drew a serious list of the industry's biggest figures to formally recognize excellence in TV and motion pictures.

We know you're anxious to see where everyone celebrated after the show, but first here's a look at the night's winners before they hit the after party circuit.

[Michelle Williams, Idris Elba, Kate Winslet, Christopher Plummer and all other photos via]