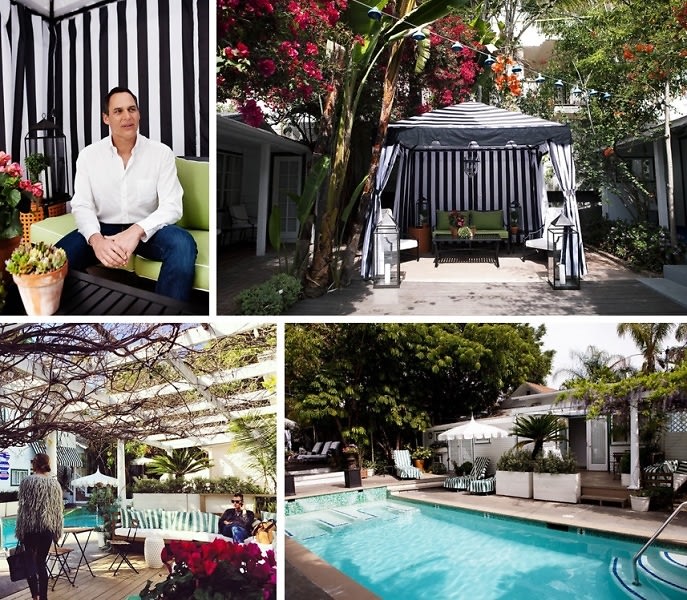 Looks like Sunset Tower is no longer Jeff Klein’s only investment in paradise. The legendary hotelier has recently taken over the San Vicente Bungalows in West Hollywood, restoring them to their former 1920s glory. While the "oasis in the middle of the city" had quite a heyday in the '80s and '90s, restoring the hot spot today might have been a daunting prospect for some, but it was a challenge Klein, with his entrepreneurial spirit, was ready to take on. We caught up with Klein (who's also the mastermind behind NYC's City Club Hotel) while we were out on the West Coast to talk challenges and success, his vision for San Vicente, and how happiness is really all that matters. Click through for the full interview (as well as a sneak peek at the gorgeous new bungalows).