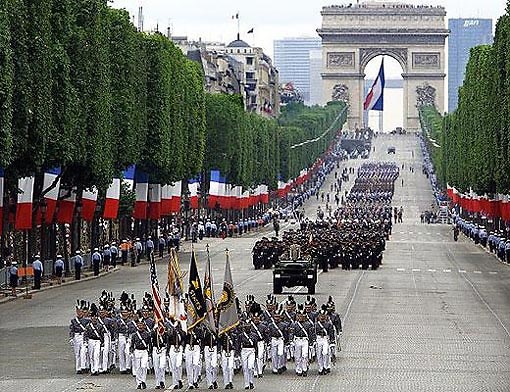 Bonjour, Angelenos! Today marks the very special Bastille Day, and whether or not you're a Francophile, international holidays in our book are just another semi-legit excuse to eat, drink, and be merry. For those cultured Europeans who say that us Americans are "ignorant" of other cultures, here's a little history lesson to catch you up to speed...

Bastille Day is held annually on July 14th, and is basically France's version of an American holiday held dear to our beer, the 4th of July. Bastille Day, or La Fête Nationale, commemorates the storming of the Bastille, which took place on July 14th, 1789. The Bastille was a prison which stood as a symbol for Louis the 16th's unyielding power. The storming marked the beginning of the French Revolution, and the end of the monarchy. Vive la France!

So celebrate your France's freedom to get wasted...the French way. Grab a croissant and some vino at the restaurants below and channel your inner Parisian. Très chic! [Image via]

When: Thu, July 14,7:00 am - 4:00 pm Where: Breadbar Why: French specials all day starting with a French breakfast along with pastries, and ending with simple French classics for dinner. Bon appétit! [Details] 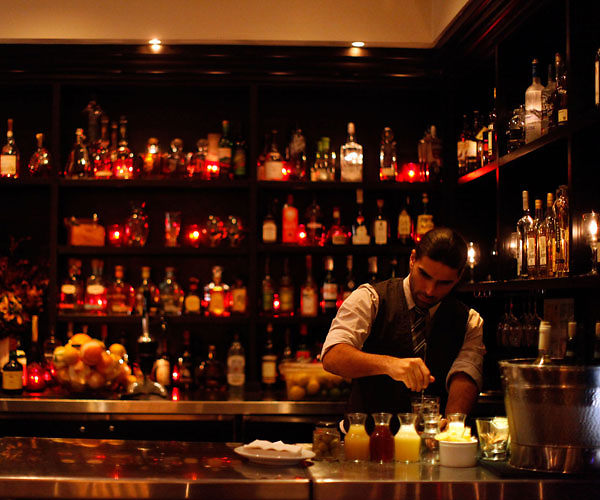 When: Thu, July 14,5:00 pm - 9:00 pm Where: La Cachette Bistro Why: You can enjoy Chef Jean François Meteigner's special french classics out on the patio that evening, as well as in the restaurant, while DJ Lyesse spins music. [Details]

When: Thu, July 14,8:00 pm - 12:00 pm Where: Cliff's Edge Why: Celebrate the storming of the Bastille by ordering great French specialties on the menu, eating free cake, watching awesome French movie clips, and listening to delicious French music from the past and present. [Details] [Photo via]